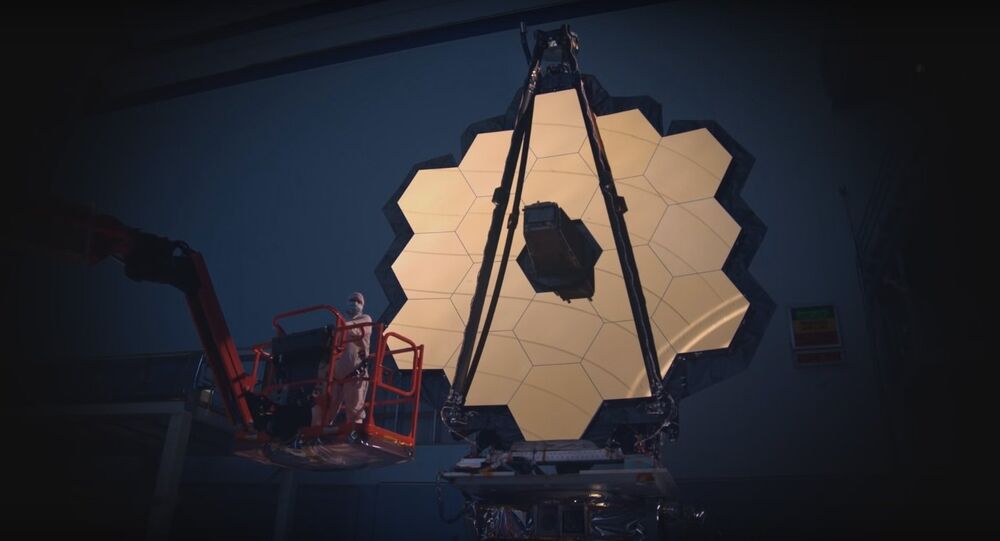 "The graphite-epoxy assemblies were designed, built, and tested by Astro Aerospace, a Northrop Grumman business," the release said. "The two boom assemblies will help deploy the large sunshield once Webb is in orbit."

"The mid-boom assemblies attach to the sides of the spacecraft bus and extend in length to deploy the sunshield. Each one consists of six telescoping graphite-epoxy composite tubes, one nested inside the other, "the release said.

Northrop Grumman explained as the mid-booms extend, they pull out Webb’s sunshield membranes with them, thereby unfolding them. Once the tubes are fully extended, the stem is retracted which reels in a cable through pulleys at the tips of the boom that separate and properly tension each sunshield membrane, the company added.