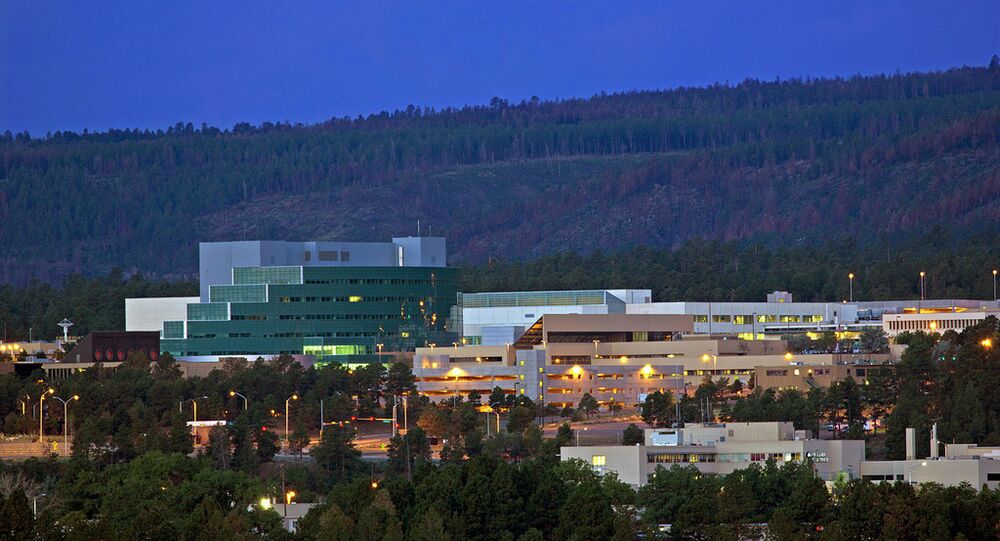 The shutdown of the US’ only laboratory for producing and testing plutonium cores for nuclear weapons at Los Alamos in New Mexico puts US nuclear arsenal renovation at risk – but the facility cannot be reopened due to numerous safety violations.

© Sputnik / Ruslan Krivobok
Russia's TVEL to Deliver Test Batch of Nuclear Plant Fuel to US in 2019
Los Alamos National Laboratory is one of the few facilities under the US Department of Energy that deals with plutonium — a man-made material that serves as a firestarter for US nuclear bombs. However, the lab has been closed since 2013 due to widespread safety concerns, and it is nowhere near being ready to be reopened any time soon, an investigation determined.

According to the nonprofit Center for Public Integrity, the safety problem came to light in 2011, after an incident in which lab workers put eight rods of plutonium together for a photo to show off to their superiors. While they thought management would praise them for their good work, the stunt was assessed as risking a "criticality accident."

Criticality is "one of those words… that should immediately get the attention of anyone responsible for preventing a nuclear weapons disaster," Neile Miller, who was Acting Administrator for the National Nuclear Security Administration (NNSA) within the Department of Energy when Los Alamos was shut down, told the Washington Post.

When too much plutonium is placed close together, an uncontrollable chain reaction occurs, accompanied by the iconic blue glow (the one usually depicted as green in cartoons), known as Cherenkov radiation. In criticality accidents, those in the vicinity of the source can absorb so much radiation the cause them to die by rotting alive, from 36 hours to 86 days after exposure.

After a 1999 criticality incident in a factory north of Tokyo, Japan, 310,000 people were ordered to shelter at their homes, and schools and roads were closed and those living in the immediate vicinity of the incident were evacuated.

At Los Alamos, incidents like the 2011 near-miss had become relatively common since 2005. Staff used to stack plutonium without proper shielding in less populated sections of the facility. When something happened (or was about to happen), nobody was ordered to evacuate the facility as demanded by safety instructions, and senior management reportedly considered doing without criticality engineers altogether.

© AP Photo / Pixabay
US Invests Nearly $67Mln to Advance Nuclear Research, Technology
According to George Anastas, former president of the Health Physics Society who analyzed dozens of internal government reports about criticality problems at Los Alamos for the Center, the lab is "dodging so many bullets that it's scary as hell."

In his reports, Anastas asked whether work conducted at Los Alamos could be conducted somewhere else, as he apparently had little faith that the required improvements could be made at Los Alamos.

The lab was shuttered in 2013 on the order of Charles McMillan, Los Alamos lab's director since 2011, on the insistence of Miller. A group of specialists ordered to audit the facility discovered a systematic practice of safety violations on management's approval, as financial bonuses for meeting deadlines were much higher than fines imposed for the safety violations.

Without Los Alamos, the overhaul of the US nuclear arsenal that Barack Obama supported and Donald Trump wanted to "greatly strengthen and expand" cannot be done, and US ships and submarines won't get their brand new Trident missiles any time soon.

The full report can be found at the Center for Public Integrity's website.