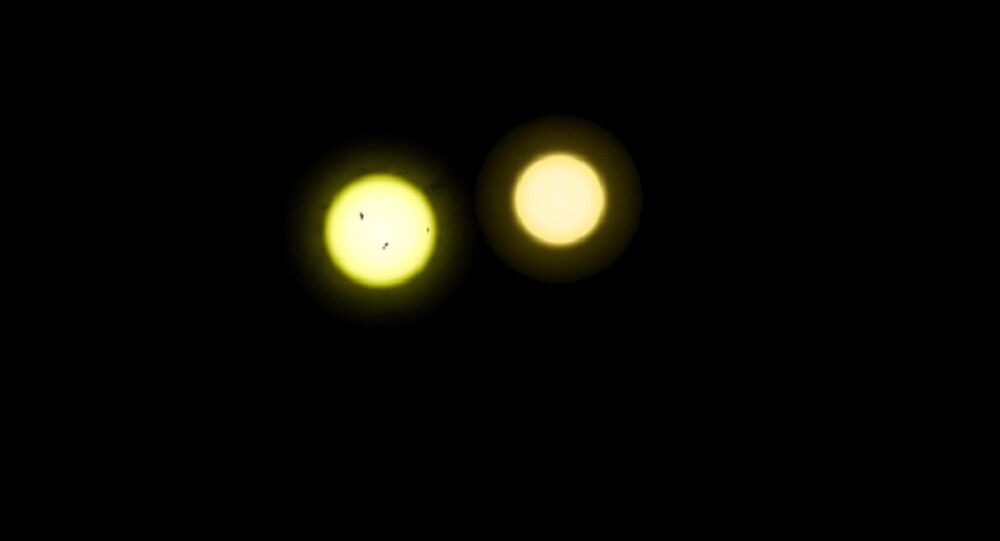 New research from Harvard and UC Berkeley researchers suggest that most stars are born as part of a set of “twins” – and that would include our star, the sun.

The more we explore the cosmos, the more we're surprised to find how many star systems are binary or trinary. What was once thought of as an oddity is actually very commonplace, though it isn't clear why.

"The idea that many stars form with a companion has been suggested before, but the question is: how many?" said author Sarah Sadavoy, a NASA Hubble fellow at the Smithsonian Astrophysical Observatory.

"Based on our simple model, we say that nearly all stars form with a companion. The Perseus cloud is generally considered a typical low-mass star-forming region, but our model needs to be checked in other clouds."

"The key here is that no one looked before in a systematic way at the relation of real young stars to the clouds that spawn them," said study co-author Steven Stahler, a research astronomer at the University of California, Berkeley, in a statement.

"We ran a series of statistical models to see if we could account for the relative populations of young single stars and binaries of all separations in the Perseus molecular cloud. And the only model that could reproduce the data was one in which all stars form initially as wide binaries. These systems then either shrink or break apart within a million years."

In that case, what happened to our sun's twin? Going off the Harvard-Berkeley hypothesis, it must have had one. Did it simply drift away into the Milky Way, never to be heard from again? Or is "Nemesis" still out there somewhere, plotting revenge on its more successful brother?

In the 1980s, paleontologists David Raup and Jack Sepkoski observed an unusual trend: every 26 million years, an extinction event occurs on Earth. Unless that's a coincidence, there has to be a reason for it. Astronomers proposed a companion hypothesis: the sun has an undetected companion with a highly elliptical orbit. This mystery star swings by the Oort Cloud every 26 million years, sending impactors into the inner Solar System, some of which hit Earth.

Y'know, impactors like Chicxulub, which caused the extinction of the dinosaurs 66 million years ago.

For the last 30 years, astronomers have searched the reaches of the solar system for this mysterious "Death Star," but had no luck. The WISE telescope collected massive amounts of data in 2010 to 2012 and found no evidence of any stars in the Oort Cloud, seemingly putting the hypothesis to bed.

Stahler agrees that there is no Oort Cloud star sending killer asteroids at Earth and that Nemesis left a long time ago.