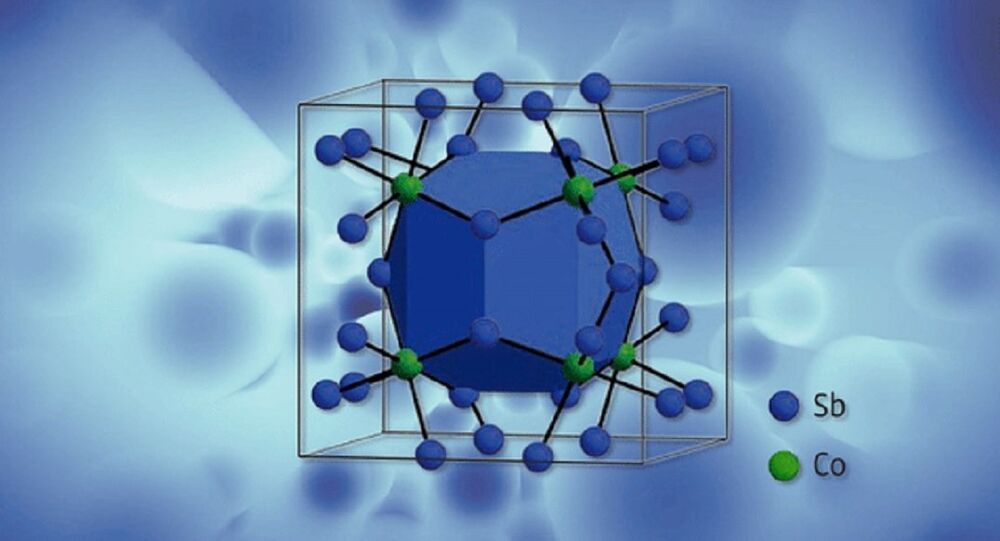 Researchers at the Energy Efficiency Center of the National University of Science and Technology MISIS (NUST MISIS) have developed an economical and rapid method to make material for high-efficiency thermoelectric generators installed on spacecraft.

MOSCOW (Sputnik) —  This material can convert thermal energy directly into electricity. An article describing the research results was published in the Journal of Materials Chemistry A.

The thermoelectric effect was discovered by German physicist Thomas Johann Seebeck in 1821. But technologies for using the Seebeck effect on an industrial scale have yet to be perfected. Nevertheless, thermoelectric materials are widely used in the power industry and in solid state cooling systems; thermoelectric generators powered by the heat of radioactive decay have been used on well-known spacecraft, including Cassini and New Horizons.

© Photo : Pixabay
Russian Scientist Patents Method to Create Atmosphere on Mars
The Mars vehicle, Curiosity, has an electric generator based on the same principle. But there are more earth-bound  examples too: research is underway on thermoelectric generators capable of boosting the efficiency of various power stations; there are examples of electricity being produced by vehicle engine exhaust heat.

The thermoelectric materials synthesized by NUST MISIS combine two types of atoms – those rigidly fixed in crystalline grid points, something that ensures high electric conductivity, and freely vacillating atoms that dramatically reduce thermal conductivity owing to their weak connection to the crystalline scaffold, which results in effective heat dissipation.

This combination has been achieved by creating intermetallic compounds whose crystalline structure contains voids. By filling these with “guest” atoms, while not tampering with the crystalline grid, scientists can obtain the necessary combination of properties.

“We managed to solve this problem by using indium as filler and selecting an initial blend of metals that made it possible to synthesize the necessary thermoelectric compound in an induction furnace reactor,” Andrei Voronin of the Energy Efficiency Center said.

“Thanks to this approach, it took just two minutes to synthesize the material with the subsequent annealing of the resultant sample during five hours. The material and the synthesis specifics combined to accelerate the development process dozens of times over, which has also influenced the cost of these materials. The resultant thermoelectric efficiency, ZT = 1.5, is a record high for skutterudites with one type of “guest” atom.”

According to the researchers, earlier methods for producing thermoelectric materials were much costlier and more time consuming.