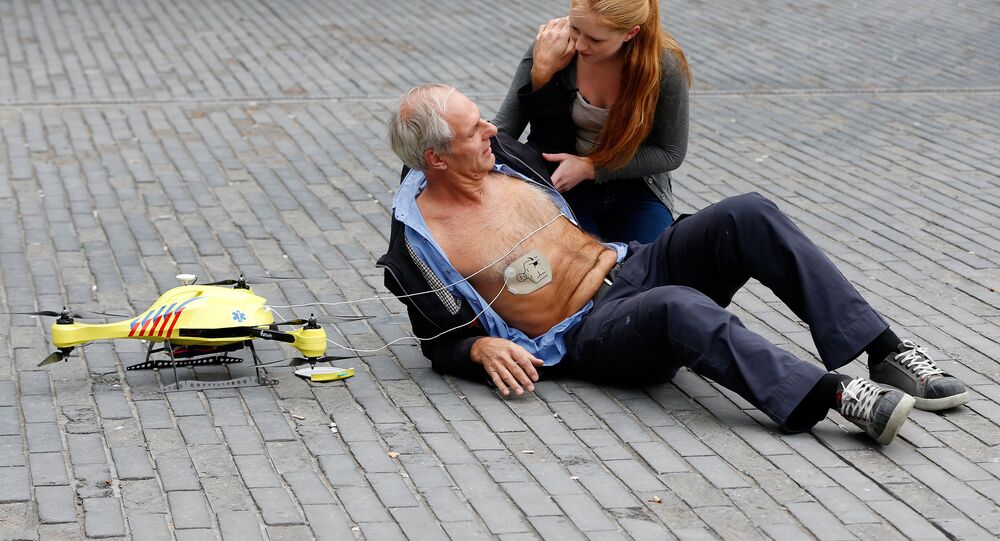 In the event of a cardiac arrest, every minute is important. Today, Swedish researchers promote the use of drones equipped with heart starters to save lives in a pioneering study.

© Flickr / Anemone Nemorosa
Sweden to Arrange Europe's Largest Test Area for Drones
Each year, around 5,000 Swedes suffer from cardiac arrest outside hospitals, with only a tenth of them surviving. Thousands more lives could be saved owing the use of drones equipped with defibrillators, a study from the Karolinska Institute indicated.

"This technology adds a sense of security and gives a chance of equal care, provided that we can get a heart starter in five minutes, even in rural areas and archipelagos," Andreas Claesson of the Karolinska Institute told Swedish national broadcaster SVT.

During a test conducted in the Stockholm archipelago, a drone was sent to 18 places where cases of cardiac arrest have occurred between 2006 and 2013. The drone was not pilot-controlled, but automatically steered itself to the programmed location. The median time of arrival was between five and fifteen minutes faster than the ambulance.

"That's an absolutely crucial difference. The chances of survival increase from almost zero to just over 40 percent if a heart starter lands in your garden," Andreas Claesson pointed out.

So far, the drone used is only a prototype. However, Sebastian Wallman, engineer and co-founder of the company Flypulse, which developed the technology, argued that it as a matter for the near future for the technology to be used in real-life situations.

© AFP 2020 / ANTONIO SCORZA
Drone-Wary Nordics Demand Harsher Anti-Surveillance Laws Amid Espionage Fears
At present, the main obstacle for medical drones is legislation. For the sake of the test, one-time exceptions for automatic drone flights, which are otherwise forbidden, were granted by the Civil Aviation Administration and the Transport Agency. Owing to fruitful deliberations, the project will go into its next phase next summer.

According to Claesson, medical drones pose little to no threat to air traffic, since helicopters were the only flying objects on the heights "reserved" for the drones.

The drone technology seems to have the greatest potential in rural environments and seascapes, as a compliment to the ambulance, which often implies a long waiting time. However, according to Andreas Claesson, there are other uses for the technology.

"There are endless possibilities, such as camera-equipped drones for finding people underwater, flying out lifebuoys and transporting drugs like adrenaline to places faster than an ambulance.

© Photo : Youtube/ Dagbladet
Norwegian Shepherd Forms Giant Heart for Wife Using Hundreds of Reindeer (VIDEO)
In recent years, drones are being increasingly used by firefighter brigades in Sweden and Denmark for assessing the scope of fires. A drone is a quick and effective tool that can in no time provide an overview of an exposed area, especially in the event of a chemical or explosion hazard.

"We strongly believe that we will benefit greatly from drones. In case of a forest fire, we can quickly locate the fire and find the fastest route," fire engineer Peder Liljeroth told SVT.