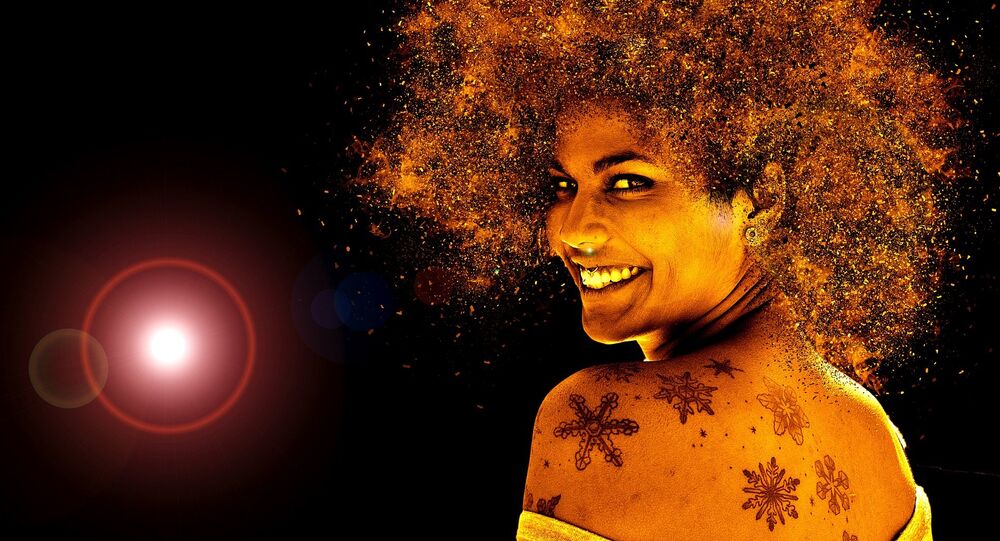 Ink Me Up: Color-Changing Tattoo That Can Monitor Blood Sugar and Sodium Levels

Researchers from Harvard Medical School and Massachusetts Institute of Technology (MIT) have developed a new color-changing tattoo ink that responds to changes in the body, such as blood sugar and sodium levels.

The tattoo uses a liquid with biosensor instead of a traditional ink, scientist hope that technology like this will become revolutionary in how doctors and medical professionals monitor health.

​The team have developed three different inks which all change color in response to changes in interstitial fluid.

Interstitial fluid makes up 16 percent of the human body weight. Of the three inks used, the most interesting is the one that measures glucose levels. The sensor changes color from blue to brown as a person's sugar level rises.

Using tattoos as biosensors to track our health: @Dezeen on DermalAbyss from @medialab & @harvardmed https://t.co/eiP7kKIFTj pic.twitter.com/KoyvzGP7He

​Sources believe that having a glucose-sensing tattoo would make it easier for people with diabetes, who have to rely on pin-prick blood tests to monitor their glucose.

Another interesting ink is one that shifts from pink to purple and measures pH levels, a third one can detect sodium and rising salt levels.

"The DermalAbyss creates a direct access to the compartments in the body and reflects inner metabolic processes in a shape of a tattoo," the team writes on the project website.

This @MIT #researcher works on a #tattoo that changes color depending on our #health | #Innovation #DermalAbyss https://t.co/mBjW5X5E5H pic.twitter.com/x89Yw1tCwf

"It could be used for applications in continuously monitoring such as medical diagnostics, quantified self, and data encoding in the body."

For someone who has a health condition that requires careful dietary monitoring, or even if you're just a data nerd and like the idea of tracking bodily changes with a cool-looking tattoo, it's an alluring concept.

​"People with diabetes email us and say, 'I want to try it out,' " one of the team from MIT said in a recent interview.

Currently the teams are still at concept stage and there is no indication of when it might become a real product. The researchers have tested the inks on patches of pig skin, using injections to change the levels of fluids to be detected.