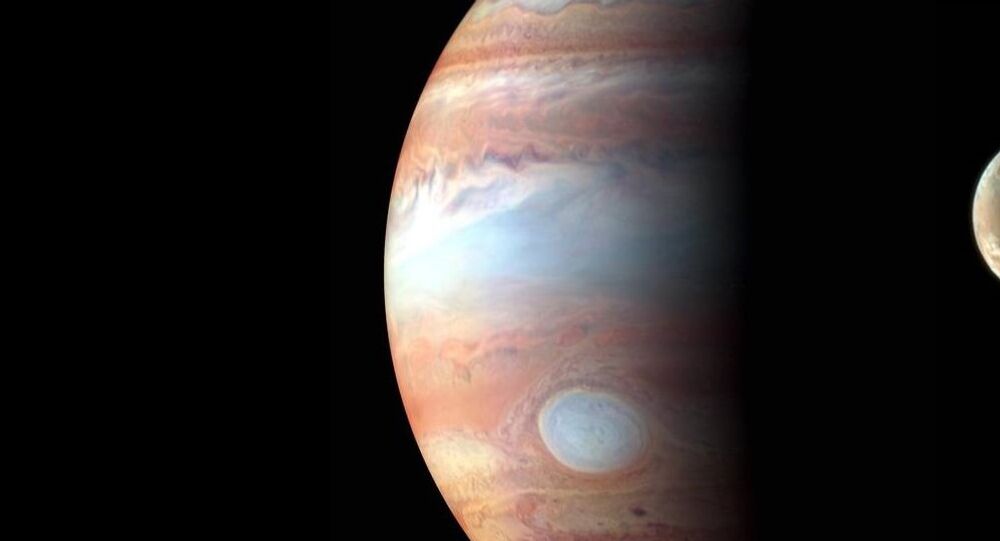 A new study from an international team of astronomers has dated Jupiter for the first time, and their findings suggest that the Gas Giant is the oldest planet in the solar system.

But no human has ever set foot on Jupiter, nor has any spacecraft. This forced the scientists to think of a different technique for establishing the monster planet's birthday. "We do not have any samples from Jupiter (in contrast to other bodies like the Earth, Mars, the moon and asteroids)," said study lead Thomas Kruijer. "In our study, we use isotope signatures of meteorites (which are derived from asteroids) to infer Jupiter's age."

They discovered two iron meteorites that formed in the early universe, each from different nebular clouds. One formed about 4.599 billion years ago, the other 4.596 billion years ago. "Our measurements show that the growth of Jupiter can be dated using the distinct genetic heritage and formation times of meteorites," Kruijer said.

What caused this 30 million year gap? According to Kruijer, the creation of a new world.

"The most plausible mechanism for this efficient separation is the formation of Jupiter, opening a gap in the disc (a plane of gas and dust from stars) and preventing the exchange of material between the two reservoirs," he said in a statement. "Jupiter is the oldest planet of the solar system, and its solid core formed well before the solar nebula gas dissipated, consistent with the core accretion model for giant planet formation."

Assuming that it's accurate, this dating will be a valuable tool in our understanding of how the early solar system formed. For instance, isotope analysis found that Jupiter's solid core formed with the first nebular cloud, only 1 million years after the start of the solar system. The core accreted gas quickly, preventing large amounts of material from slipping into the inner solar system — hence why Mercury, Venus, Earth, and Mars are all small planets and our solar system lacks large, rocky super-Earths.

By the time the second nebular cloud formed, Jupiter was already 50 times as massive as modern-day Earth, according to the team's model.

Astronomers had already believed Jupiter and Saturn to be quite old, forming between 4.599 and 4.59 billion years ago, which caused the nebula around the young sun to dissipate. But this new research has dated Jupiter more accurately, placing it at the older end of the range.