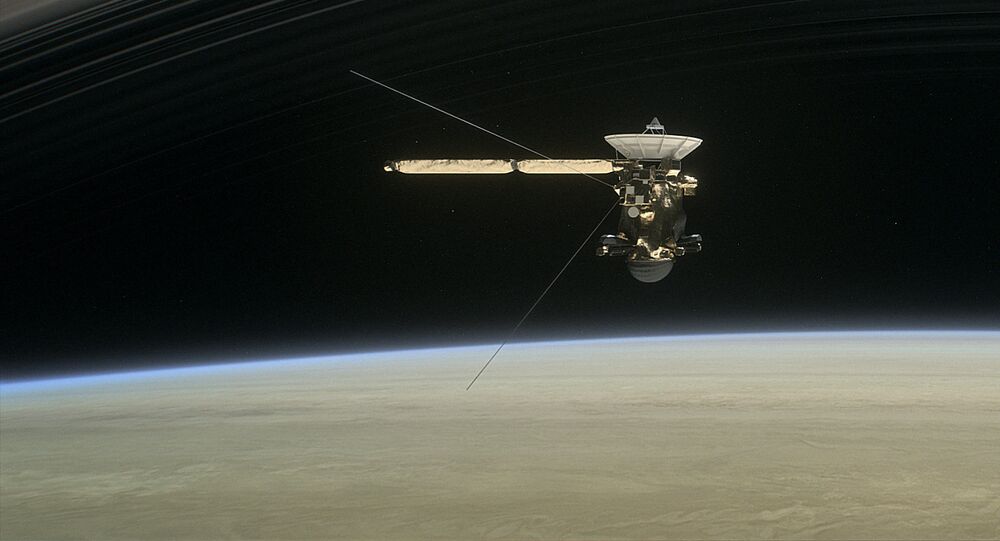 Iapetus, named after the eponymous titan from the Greek mythology, is one of Saturn’s more unusual moons, locked in synchronous rotation about the planet.

The moon also possesses a rather unique appearance as its leading hemisphere is dark while the trailing hemisphere and the poles are bright.

The photo, snapped by Cassini’s narrow-angle camera at a distance of about 1.6 million miles and with image scale of 9 miles per pixel, was made on March 11 and depicts the moon’s Saturn-facing hemisphere.

Cassini, named for the Italian astronomer who discovered four of Saturn's moons (including Iapetus) in the 17th century, launched in 1997 and in 2004 became the first human spacecraft to enter Saturn's orbit.