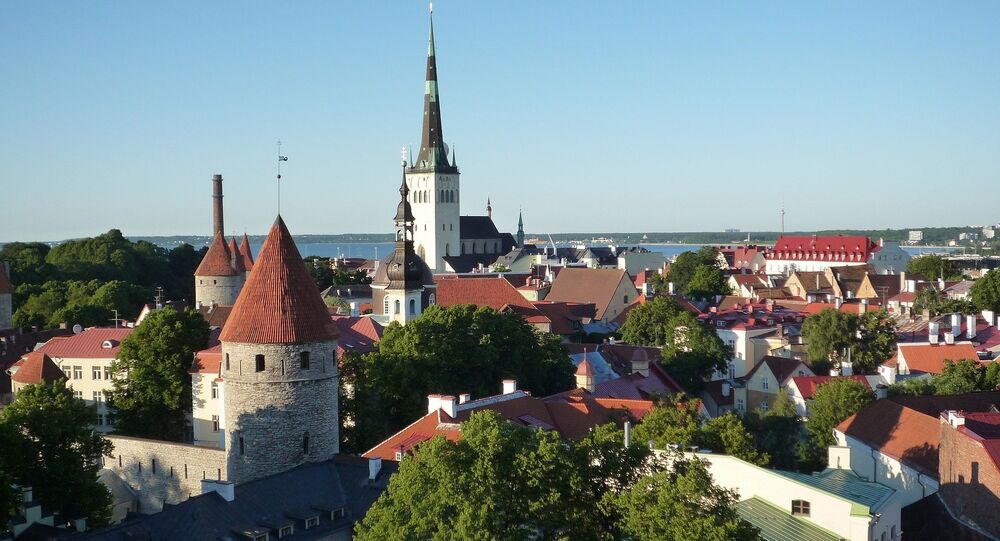 Last year, Finland stunned its neighbors by ambitious plans to build a Hyperloop connection to Sweden in order to cut the travel time between Helsinki and Stockholm to a mere half hour. This week, an even more ambitious Trans-Baltic extension to the Estonian capital has been suggested.

© Photo : Hyperloop Technologies
Wet Dreams: Norway Fantasizes About Overseas Hyperloop to Denmark
Hyperloop One, the group behind the funding and construction of the world's first commercial reduced-pressure transport system, has announced that it will begin surveying nine new European locations for possible Hyperloop sites. One of the nine tentative routes is a direct 90-kilometer link between Helsinki and Tallinn, Estonia, allowing passengers to whizz from one capital to the other at a staggering 1,200 kph in almost a twinkle of an eye, Finnish national broadcaster Yle reported.

Previously, Hyperloop seeds have been sown on the Finnish soil via visions of a 15-kilometer-long test track between Salo and Turku, which is subsequently expected to evolve into a full-fledged Helsinki-Turku-Stockholm route through the Finnish archipelago of Åland.

According to Salo city architect Jarmo Heimo, Finland ranks among the five regions where Hyperloop planning has advanced the most, the pre-planning assistance on the Stockholm-Helsinki route already having been carried out.

According to Peter Nisula, an expert in the Salo Hyperloop project, the new plans will not impact work already begun elsewhere. In the end, isolated tracks across Europe will result in a vast continentwide network. Hyperloop officials envision their proposed routes (such as those in Germany, Poland, the Netherlands or the Swedish-Finnish-Estonian link) to merge into a complex system spanning across 5,000 kilometers and connecting over 75 million people.

Wow! A hyperloop link between Helsinki and Stockholm could cut the travel time down to 28 minutes.https://t.co/FKkhvHd57x

At present, Stockholm, Helsinki and Tallinn are all interconnected via an effective system of ferries and passenger flights. Nevertheless, the Baltic Sea countries have been attempting to revolutionize the traffic in the area with one ambitious plan after another.

In addition to the $20 billion 400-kilometer-long Hyperloop track between Helsinki and Stockholm, Finns have been long toying with the idea of a railroad connection to Tallinn across the Gulf of Finland, which seems directly antagonistic to the futuristic Hyperloop. The almost equally ambitious project, which seeks to further bolster the Finn-Ugric Finnish-Estonian brotherhood, as well as cultural and economic ties between the two nations, aims to cut the travel time between the two capitals from two hours by ferry to a half hour.

© Photo : Youtube/ Hyperloop One
Future is Here: Finland Hypes Up Passengers With Hyperloop
However, the proposed Helsinki-Tallinn railroad connection, which is expected to boast an 80-kilometer-long tunnel dug through the solid rock of the Baltic seabed, has been repeatedly criticized as a pipe dream, which does not take into account serious technological challenges found on both ends of the future tunnel.

One of them is that both Finland and Estonia for historical reasons use the broader, "Russian" gauge, whereas the "Tallinn Tunnel" is projected to utilize a narrower "European" gauge, making it impossible for both goods and passengers to continue to other destinations in the two countries without changing track. A possible remedy would be to attach the tunnel to the proposed Rail Baltica project aimed to link Poland, Finland and the Baltic States with a standard-gauge railroad in order to improve the connectivity in the Baltic region. However, the future of the Rail Baltica project remains uncertain, and no construction works have begun yet.