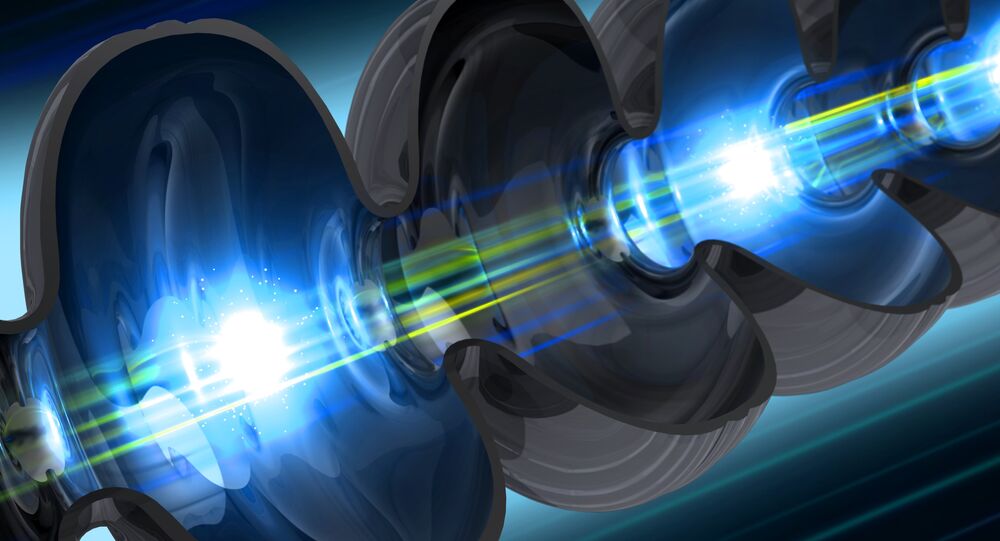 California physicists fired the most powerful x-ray laser ever constructed at an iodine molecule, tearing the molecule apart in the process – and briefly causing the iodine molecule to exhibit black hole-esque behavior.

When you have something that powerful, you want to shoot it at stuff. The physicists used the LCLS laser on a single iodine atom that was bound to a methyl molecule (comprising one carbon and three hydrogen atoms), firing a beam 1,000 times thinner than a human hair at it. They weren't sure what would happen to such a molecular formation when struck with a laser of this magnitude.

The x-ray radiation stripped away the electrons from the atom, as expected. But the huge amounts of energy hitting the atom caused the iodine to violently pull electrons away from the methyl group to replace the ones it had lost.

The physicists didn't think that was going to happen, according to study co-author Daniel Rolles at Kansas State University. He compared the iodine atom's activities to a "molecular black hole" in a Wednesday statement about the experiment.

"When, say, a star is close to a black hole, the gravitational pull of the black hole causes a transfer of matter [away] from the star," explained Robin Santra, a physicist at the University of Hamburg. "It is known that when this happens, not only is matter sucked into the black hole, but there is also the ejection of strong jets of matter away from the black hole."

"The situation we have observed is similar. The high-intensity x-ray pulse causes the iodine atom… to lose a considerable number of its electrons. The highly positively charged iodine atom now behaves like a black hole: It uses its extremely strong electric pull to suck in electrons from the rest of the molecule."

If it was a black hole, it was one on the smallest possible scale. It involved a single molecule and occurred in a teensy fraction of a time: 30 femtoseconds, or 1/33 trillionth of a second. The force also was an electrochemical pull, rather than the powerful gravity exhibited by black holes in space.

This is a useful and powerful technique, the only problem being that, "when you do [it], you damage the structure you want to look at," said Rolles. "Our study tries to quantify this radiation damage on the microscopic level."

Electron theft like this doesn't happen in nature because of the outrageous amounts of power needed for it to happen. "For any type of experiment you do that focuses intense X-rays on a sample, you want to understand how it reacts to the X-rays," Rolles said in a press release. "This paper shows that we can understand and model the radiation damage in small molecules, so now we can predict what damage we will get in other systems."