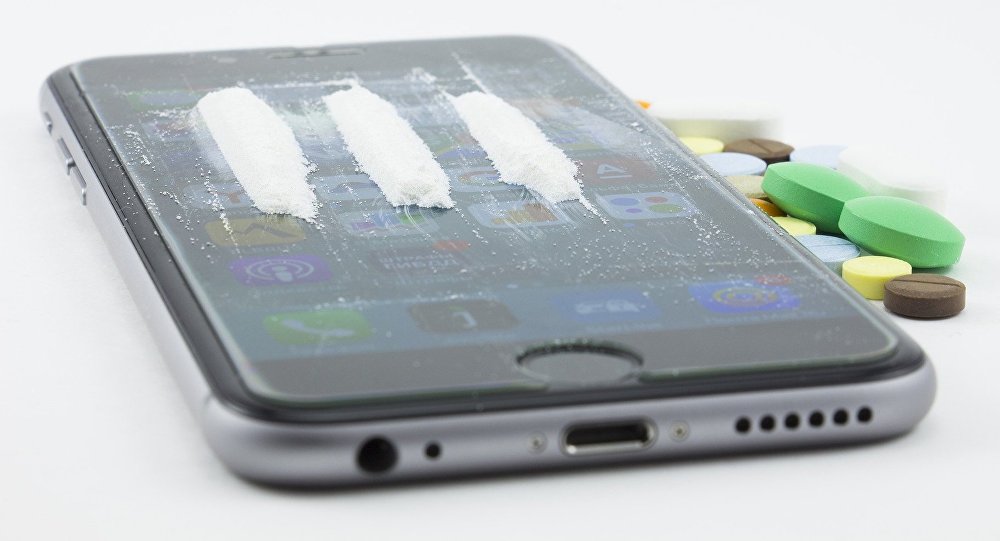 Drug markets on the dark web are thriving in many European countries, according to the latest annual Global Drug Survey.

The Global Drug Survey researched the drug-taking habits of 120,000 people in 50 countries across the world. It found that the largest increase in internet drug purchases was in the UK, where the proportion of users buying on the dark web has increased from 12 percent in 2014 to 25.3 percent this year.

The UK was third only to Finland and Norway, where 41 percent and 27 percent of users used the dark web to buy drugs last year.

"The increase we saw in the UK was seen in a few other countries, but there were also some decreases, so it certainly wasn't the case that across the board every country experienced this kind of increase," the survey's co-author Dr. Monica Barratt told Radio Sputnik.

"We know from previous studies that people who use the dark net to buy drugs do so because they're able to access a wider variety of drugs, they're able to access drugs that are of greater purity. So it may be that the UK and some of the other countries in our survey are cottoning onto that now," Barratt explained.

© CC0 / Pixabay
Survey Finds Magic Mushrooms Safest Recreational Drug, But Caution Still Advised
The dark web is also providing users with the opportunity to experiment with many different drugs. Most dark web users say it enabled them to obtain and try at least one new drug type.

"More addictive drugs like heroin and cocaine are also there but they're much less commonly purchased, at least through our sample."

The survey found that people who order drugs over the dark web are more likely to be male, younger, employed and have higher levels of education than the average for the sample.

"They are a highly educated group. It's not necessarily the sort of drugs supply that is accessed by all kinds of people who use drugs. Naturally, people who don't have this kind of quite sophisticated technology available can't really just go onto the dark net and press a button and get a drug delivered."

"There's a lot more that you have to do, in terms of having Bitcoin, having a fixed address where you can actually receive the package and so on, so it's not necessarily open to all groups in society," Barratt said.

The dark web is an anonymous part of the internet which can't be accessed by a typical search engine. A special web browser such as Tor disguises the identity of web users by routing traffic through a complex network of servers.

The first online marketplace for drugs and other illicit wares on the dark web was the infamous Silk Road, which was launched in 2011 and shut down by the FBI in 2013.

© AP Photo / Martial Trezzini
Illicit Photos of US Marines Up for Sale on Dark Web
Many users turn to Tor in an attempt to ensure privacy online, but there are still aspects of the network which can be monitored. For example, information about transactions in Bitcoin, the main currency used on the dark web, is stored publicly.

"I wouldn't say that Bitcoin is anonymous, it's actually incredibly open in the sense that the blockchain is available for anyone to view but all you can really see there is a transaction that went from point A to point B, you can't really see who owned the wallet."

"Tor is not necessarily going to be anonymous when the gateways for Tor can actually be monitored," Barratt pointed out.

"If you are relatively happy with things that are going on for you, you have good employment, family life, social connections and engagements, then you're less likely to have problems with drug use. So, demand reduction can also mean just strengthening what's going on in the society you live in."

"We have a lot of resources around the world dedicated to supply reduction, but supply reduction isn't going to solve drug harm related problems so it's important to have those three pillars, that's certainly the Australian approach," Barratt said.