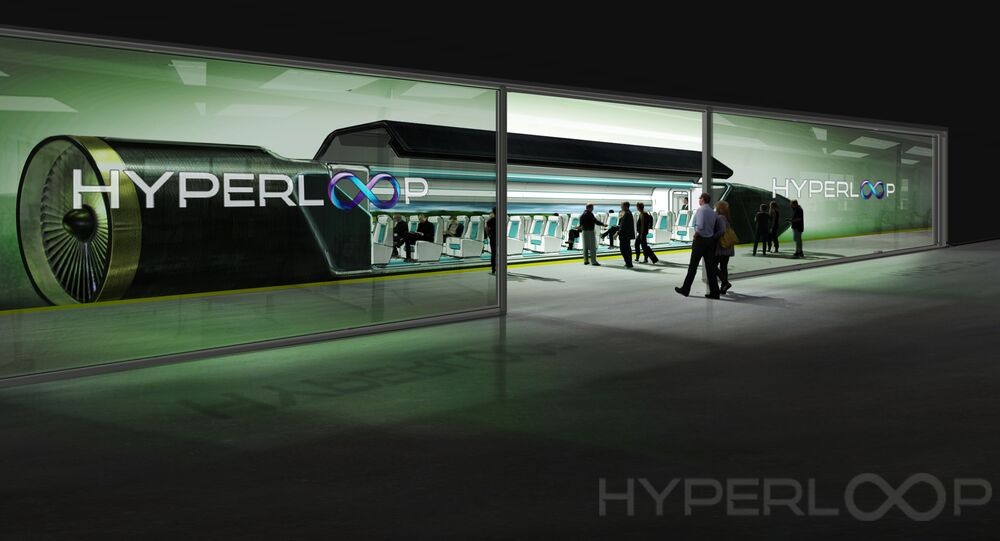 High-tech projects seem to be spreading like an avalanche nowadays. The Norwegian Green Party believes an ultra-fast rail transportation system known as a Hyperloop will be the next big thing, and believes that Norway should be in the driver's seat.

skipstunnel
Dig It! Norway to Blast World's First Ship Tunnel Through Solid Rock
The Norwegian Green Party took a liking to the idea of transporting people and goods in capsules in a near-vacuum, in a system known as a Hyperloop. The Party believes this option is safe, cheap and energy-efficient. It also stunned its voters with the mind-blowing idea of building a Hyperloop between Norway's capital Oslo and Copenhagen, Denmark, thus bridging the two capital cities.

"A pipeline between cities, that's the thing. It could be an area where Norway can use existing expertise to develop advanced technology for the 21st century," Per Espen Stoknes, a professor of science and research in innovation and green growth at the Norwegian Business School (BI) in Oslo, told the Norwegian daily Aftenposten.

According to Stoknes, Hyperloops may revolutionize transportation and become a viable alternative to trains, cars, airplanes and ships. However, it remains difficult to predict how soon it will emerge and how widespread it will become. While tremendous research and development expenditures are still required, Hyperloop technology may break through, owing to the low operation and maintenance costs, which are estimated at 20 percent of those of airlines. Basically, all you need is to pump air out of the tunnel to achieve a near-vacuum and get the capsule moving.

Hope a lot of you got to enjoy this wonderful city today 😊. #oslo #visitoslo #turistiegenby Photo: @osloblikk

"Nobody could have foreseen a network of airports a hundred years ago. One major advantage is that Hyperloop can go directly from one city center to another. Then both cars and aircraft will be outperformed," Per Espen Stoknes said.

© Flickr / Andrés Nieto Porras
Norway Goes Sci-Fi, Plans to Bridge Fjords With Floating Tunnels
By car, the distance between Oslo and Copenhagen via the Swedish city of Malmö and across the Øresund Bridge, is approximately 600 kilometers. However, the track needn't be on land, according to Stoknes; possible alternatives include a subsea tunnel or a tube immersed in the water.

"If there's there anything we can do here in Norway, it's drilling in the mountains. We also have a powerful Norwegian subsea industry that makes water-stable pipes," he said.

A Hyperloop track should not take considerably longer to build than an oil rig, Stoknes ventured. According to his estimations, it could ultimately be in place in some 20 years.

According to Stoknes, Dubai is most likely to become the first place in the world to operate a Hyperloop. Another alternative is a track between San Francisco and Los Angeles. In addition, other initiatives are being taken, including India or Helsinki-Stockholm. According to Stoknes, Norway may make use of the "ripened" technology to start an industry of its own.

© Photo : Youtube/ Hyperloop One
Future is Here: Finland Hypes Up Passengers With Hyperloop
The Green Party, which is scheduled to have a national meeting this coming weekend, is poised to seriously consider an Oslo-Copenhagen Hyperloop track to cover both freight traffic and passenger traffic.

Transport and Communications Minister Ketil Solvik-Olsen told Aftenposten that Hyperloop may indeed be an exciting technology, but noted that it remains to be seen whether it works well, given today's challenges. Therefore, the Norwegian government will continue to invest money in airlines, buses and train solutions.

Another breathtaking view from the top of @radissonbluroyalhotelcph. We had the pleasure of visiting the iconic hotel last week, and obviously we also had to shoot Axel Towers, a newcomer on Copenhagen’s skyline and upcoming architectural landmark designed by @lundgaardtranberg. It’s very close to being completed, and construction is expected to be finished later this year #axeltowers