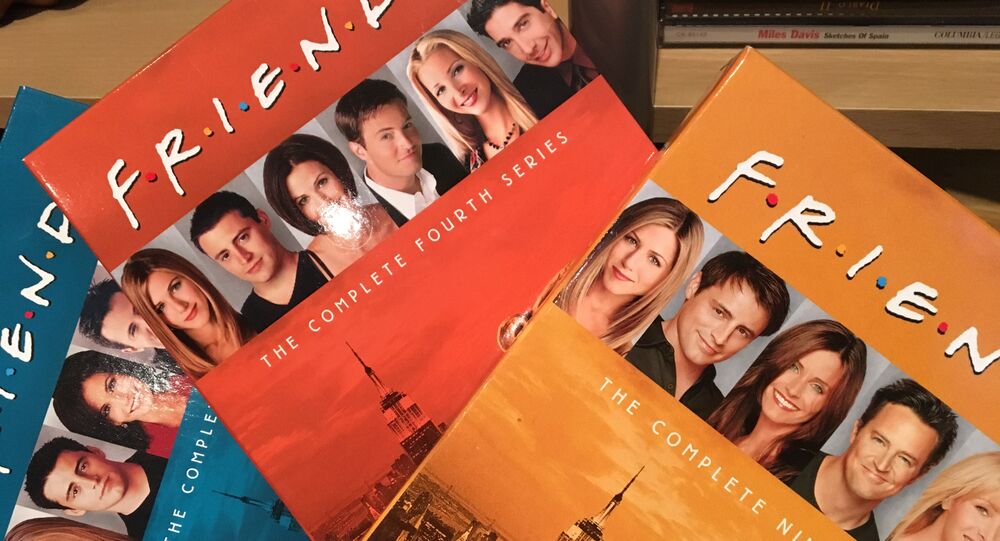 The 1990s were very different from today - Britain had New Labour, the US had Bill Clinton in the White House and people met up for coffee and had face to face conversations. However that all changed in 1999 with the ".com." Society quickly fell in love with computer screens...

© Photo : Pixabay
'Insta-Gram' of Dopamine Could Be Behind Social Media Addiction
The internet has finally lost its excitement, but addiction levels are high, according to recent figures. As a result of this however, a rising movement is emerging and urging society to switch off.

Olivia was considered to be a geek — she got good grades in school, sang in a choir and was a great student, yet her secret desire was to be popular. Olivia wanted to talk about what the cool kids talked about,  like YouTube videos for example.

And that is when Olivia slowly disappeared behind her computer screen, according to her parents. Once a bubbly daughter, who loved to laugh, she suddenly started to isolate herself in her room.

"She started just lying there not moving and just being on the phone. I was at a loss about what to do," said Olivia's mother Mary.

Over time Olivia was eventually diagnosed with depression.

Addiction to social media is making people sick and according to some, the internet stopped being fun and the novelty has worn off. Believe it or not, but children are getting bored of it and would rather play with fidget spinners than surf the net or use a mobile phone.

However, despite this growing phenomenon, people are finding it hard to switch off. Addiction to social media — so, Facebook, Instagram, WhatsApp, Twitter, etc. — has caused people to have more of a relationship with a machine rather than engage in conversation with a friend or co-worker.

​According to Vice writer Angus Harrison, society has failed to address the problem, mainly because it doesn't fully grasp the issue. The internet has become a life "support system" to so many.

© CC0 / Pixabay
Who is Behind the Recent 'Malicious' WannaCry Cyberattack

"Deciding one day to pull it from our veins would leave us gasping frantically before plunging into an endless, lonely abyss. We can't return to a world without it, and to remove ourselves from the world with it — by becoming Amish or moving to the Outer Hebrides — feels like a stretch. We could delete all of our accounts, but how would we find out if we've been invited to birthday drinks?" Harrison wrote in a Vice article.

The global computer malware attack, WannaCry, which hit 150 countries, may be losing steam, but the effects it has had on our daily lives only proves how vulnerable the internet is and how dependent people have become on it.

Dr. Richard Graham, a technology specialist at the Nightingale Hospital in London, treats patients who have become obsessed with everything digital.

According to Dr. Graham, you know you have become addicted to technology when you're constantly thinking about your phone or a particular app — when you crave it, that's when it becomes a problem.

"I encourage individuals to think about how they feel when they use technology and why they are using it. Does using the device give them a buzz? Perhaps it makes them feel relaxed? If they don't use the device, what effect does that have on their behavior?" Dr. Graham told Sputnik.

So what apps are the most problematic? Dr. Graham believes that everything from WhatsApp to Pokemon Go is addictive.

"The multitude of games, apps and sites available and the ever-growing crossover between tech and our day-to-day lives is making addiction increasingly difficult for to break," he added.

Time To Log Off is home to digital detox and the organization is spearheading a movement that aims to promote disconnecting from digital devices and reconnecting with the world offline.

According to Time To Log Off, UK adults spend an average of eight hours and 41 minutes a day using electronic devices, which is more time than they sleep.

📹Our intro video has the low-down on EXACTLY what happens on a digital detox retreat: https://t.co/Xm6R2rMC8B #digitaldetox pic.twitter.com/CuISsSoqlM

UK children spend six hours on screens and the average user checks their smartphone 150 times a day. 69 percent of UK children say their parents spend too much time on their mobile device.

Time To Log Off campaign for everyone to get off their screens and the company also host retreats urging people to stay off their phones and enjoy similar conversations to the ones they were having in the early 1990s.

"Our retreats are designed to give you a taster of the benefits that come from regularly putting down your screens, and to encourage you to set new healthier habits when you return home," Tanya Goodin, founder of Time To Log Off, said in a recent statement.