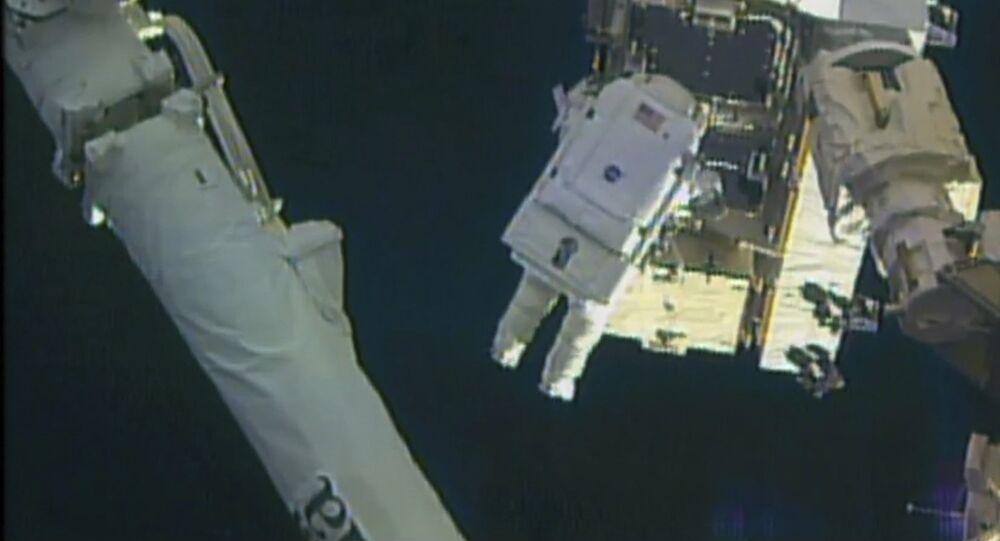 NASA expedition 51 Flight Engineer Jack Fischer and Expedition 51 Commander Peggy Whitson are set to conduct the 200th spacewalk at the International Space Station for assembly and maintenance on Friday, May 12.

The astronauts will exit the station's Quest airlock to replace an avionics box that routes command and data information to external science experiments.

© NASA . Bright Insight
Paging Men in Black: NASA Cuts Live Feed After Object Appears on ISS Camera
This will be the first-ever spacewalk for Fischer and the ninth for Whitson, who is not only the commander of the current expedition, but also a record-breaking astronaut. Whitson has spent more days in space than any other woman and has conducted more spacewalks than any other female US astronaut.

Today's milestone spacewalk marks the 200th time ISS astronauts exited the station to go outside, into open space. The spacewalk is expected to last around 6,5 hours. Any duration between five and eight hours is the norm.

Current world record for the largest number of spacewalks is held by Russian astronaut Anatoly Solovyev, who has been on 16 spacewalks and spent more than 82 hours outside in space.