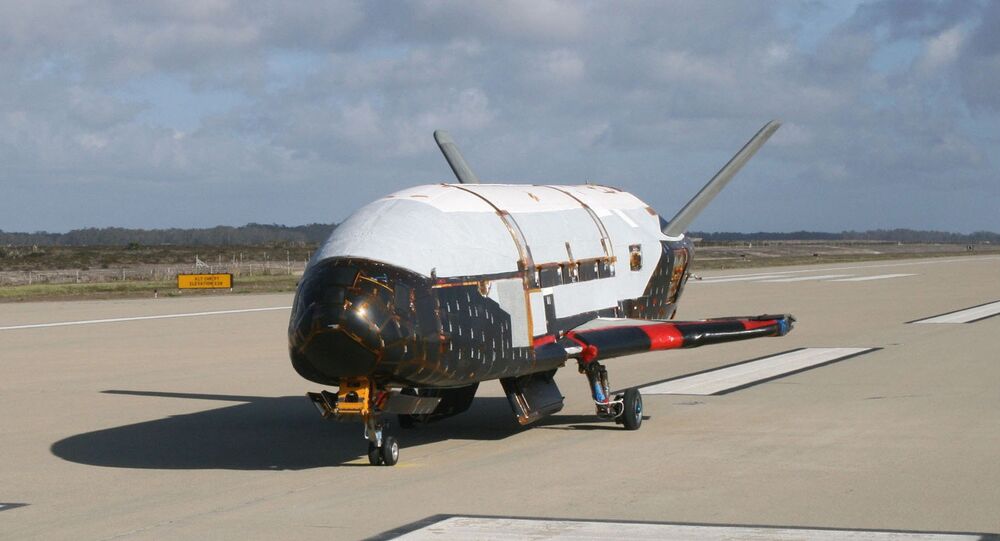 "​The #AirForce #X37B #OTV4 has returned from orbit and has landed safely @NASAKennedy," the Air Force added.

According to the US Air Force, the X-37B Orbital Test Vehicle is "the newest and most advanced re-entry spacecraft."

The #X37B #OTV4 is the newest and most advanced re-entry spacecraft. Find out more about today's landing here: https://t.co/GUGgOMQiYg pic.twitter.com/HfHHVnWhYc

This was the fourth flight of this vehicle. Boeing started the secret X-37B Orbital Test Vehicle project under NASA's aegis in 1999. Originally, the reusable X-37 was intended to repair satellites in orbit. However, in 2004 the program was classified and handed over to the US Air Force.

© CC0
Pentagon Calls to Brace for Star Wars as Russia, China Take On US Dominance in Space
Since 2010, the spacecraft are carrying out test orbital flights. According to experts, X-37 can be used both for testing new technologies and for the delivery of reconnaissance satellites into space. Potentially, they can be equipped with weapons, but the Pentagon assures that this is not part of its plans.

The X-37B program is the newest and most advanced re-entry spacecraft that performs risk reduction, experimentation and concept of operations development for reusable space vehicle technologies.