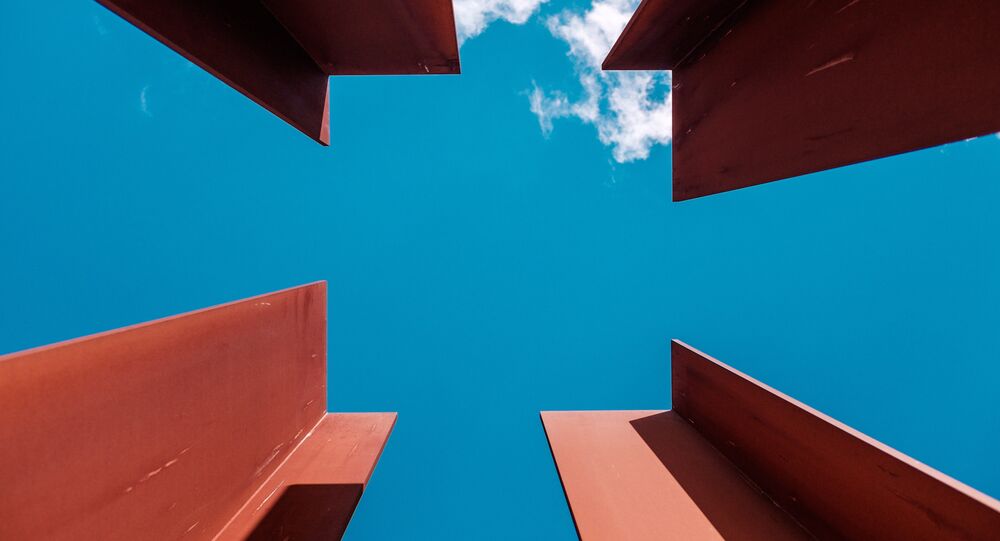 3D printing is in its relative infancy - while originally patented in 1984, it was not until the dawn of the new millennium the practice began physically living up to its name. Since then, the array of materials and products that can be produced by 3D printing has expanded exponentially, to include plastics, metal, glass, food and even more.

Now, the construction industry — a sector using many processes and techniques that are centuries old — is the latest sphere due to be disrupted and revolutionized by 3D printing. MIT researchers have designed a new system that can 3D print the basic structure of entire buildings, creating structures faster and cheaper than traditional construction methods. The team even think it could be used to design and construct new kinds of buildings contemporary building methods are incapable of.

​Such constructions could be completely customized to the needs of a particular site, and the desires of its maker, with even internal structures fully modifiable. The system's nozzles can be adapted to vary the density of the material it pours, and mix different materials along the way, allowing for the creation of insulation and other provisions.

The system is the work of Steven Keating, mechanical engineering graduate and former research affiliate in the Mediated Matter group at the MIT Media Lab, and his colleagues Julian Leland, Levi Cai and Neri Oxman.

And for more details on the Digital Construction Platform, my PhD thesis defense video is here: https://t.co/3MayRTxkpm

​It consists of a tracked vehicle equipped with a large, industrial robotic arm, which itself is replete with a smaller, precision-motion robotic arm at its end. This can then direct any conventional or unconventional construction nozzle, such as those used for pouring concrete or spraying insulation material.

​Unlike typical 3D printing solutions, the majority of which house nozzles in enclosed, fixed structures, this system is free-moving, and can construct an object of any size as a result. To demonstrate its capabilities, the team used a prototype of the device to erect the basic structure of the walls of a 50-foot-diameter, 12-foot-high dome.

The project was completed in less than 14 hours — and demonstrated the system can be easily adapted to existing building sites and equipment, and fit existing building codes without requiring entirely new evaluations.

​The system is eventually intended to be self-sufficient, to both prepare building surfaces and collate local materials such for the construction itself. The whole system could be operated electrically, even powered by solar panels. Autonomy is considered an important quality by the researchers, as it allows such systems to be deployed to remote regions — the undeveloped portions of the world map, or areas struck by disasters such as storms and earthquakes, to provide durable shelter in short order.

"The vision is, in the future, to have something totally autonomous, that would just go out and make these buildings for years," Keating said.

The innovation can even create complex shapes and overhangs — the team demonstrated this potential by including a wide, built-in bench in the prototype building. Any necessary wiring and/or plumbing can be inserted into a mold before the concrete is poured, and data about the site is collected during construction via built-in temperature, geographic and light sensors.

These accoutrements not only allows for amendments while building is ongoing (in turn eradicating the risk and expense of creating superfluous parts), but also structural optimization on-the-go. The system can determine the most advantageous places to situate supporting pillars and the like via ground-penetrating radar analysis, and which walls and regions would most and least benefit from insulation.

Given the construction industry is still one of the most dangerous in the world in 2017, a system that requires little to no hands-on accompaniment or on-site input would be a most welcome addition.

​​Moreover, as the device could feasibly be dispatched in future to the Moon or Mars, it could effectively circumvent many of the issues which preclude humans from colonizing new planets — the first man or woman to step foot on the red planet could find all necessary infrastructure to support life has already been created in advance.

Perhaps 3D printed robots equipped with artificial intelligence, such as those created by Russian engineer Alexander Osipovich, could oversee their work.

​"The ability to design and digitally fabricate multifunctional structures in a single build embodies a shift from the machine age to the biological age-from considering the building as a machine to live in, made of standardized parts, to the building as an organism, which is computationally grown, additively manufactured, and possibly biologically augmented. To me it's not merely a printer, but an entirely new way of thinking about making, that facilitates a paradigm shift in the area of digital fabrication, but also for architectural design. Our system points to a future vision of digital construction that enables new possibilities on our planet and beyond," Oxman said.

'Living, Tissue-Like' Soft-Bots Could Be Used in Surgery, Military - MIT