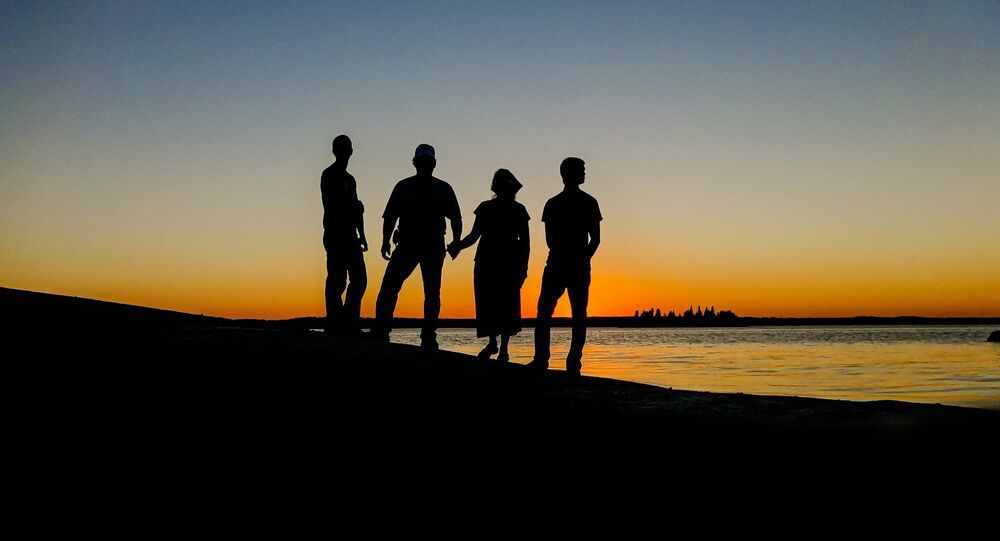 Every Cloud: Death Can Strengthen Social Bonds for Years Afterwards

It has long been acknowledged that death of a loved one can unite people in many different and often unexpected ways - friendships forged, relations reconnected with, etc. Still, the question of how long these bonds last has hitherto remained elusive.

For, while death can strengthen social bonds, once the grieving process is complete, or the event fades from painful emotional prominence, what is there to keep people allied? In instances where death reconnects former pals or alienated kin, there is presumably a risk of subsequent detachment anew as the emotional resonance of an event fades.

Now however, a University of California study of thousands of Facebook friend networks finds a person's friends and acquaintances remain in tighter contact with each other than before years after someone passes.

Do social networks heal to fill the space left by the death of a friend? Research by William Hobbs & Moira Burke https://t.co/iy5Ke1SPJ5 pic.twitter.com/CkM6Q99YKG

​The researchers collected anonymized statistics on 15,129 friend networks which had lost someone, and a comparison group of 30,258 networks that hadn't. To measure interaction, the scientists counted comments, posts, and photo tags.

In the month immediately after the death, close friends of the deceased interacted with each other about 30 percent more than usual, and with acquaintances of the deceased about 15 percent more than usual. Friend-friend communication died down over the following year, and friend-acquaintance communication died down over a few months. However, even two years later, in both cases interactions per month were still about three percent higher than in the comparison networks. The researchers expressed surprise at the resurged connection enduring so long.

Nonetheless, not all deaths had the same impact. Post-death interactions were more frequent after deaths through cancer and unintentional injuries than other causes, and less frequent after stigmatized causes, such as suicide, sexually transmitted diseases, and liver disease (due to its associations with alcoholism).

Made my kid my Facebook legacy contact. He said that when I pass into the next world,he will update my status to: "Opps." #proudmom #momlife

​The findings come with further caveats. The researchers didn't analyze what the people in the study wrote to each other, merely measured communication — it could be they engaged in a negative way, with expressions of anger or helplessness, or simply desperate attempts to effectively keep a deceased alive via nostalgia. Moreover, the sample consisted of Californian Facebookers, meaning the results may not be extrapolated to the wider population.

Facebook has a "legacy contact" option?! That's actually kind of disturbing. Choose who can view your profile and make changes once you pass

​Still, the research is unique for its focus on entire social networks, rather than individuals or small groups. The researchers believe it important to recognize humans naturally grieve in broader social contexts — understanding collective behaviors could help shape them to further increase resilience to traumatic events.

For instance, this study shows young people are more fluid in forming new bonds. Older mourners, and those grieving over a stigmatized death, may need active encouragement to reach out. Moreover, it may be the case the best way to reconnect with individuals, and maintain that reconnection, is to take relationships offline as much as possible.