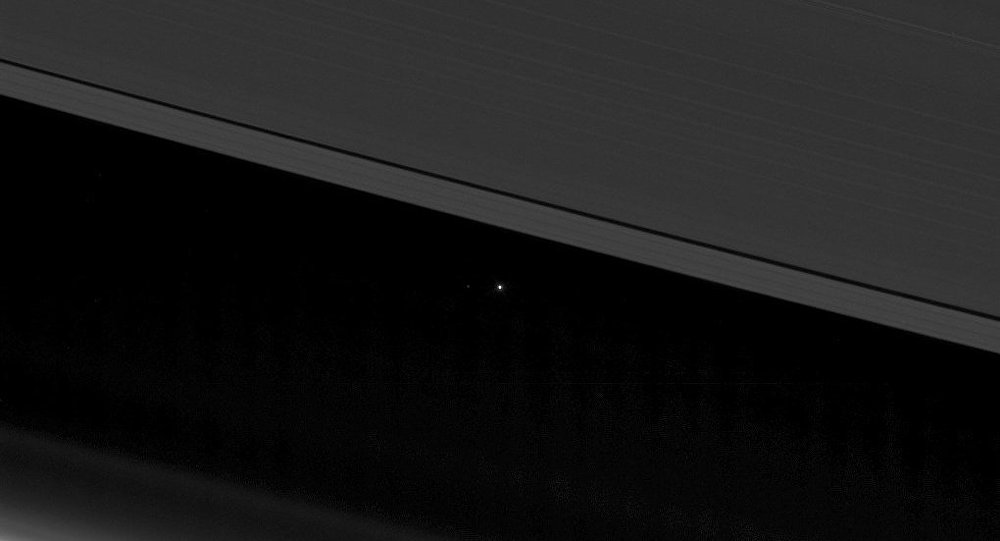 Launched in October 1997, the robotic Cassini spacecraft made its final close flyby of Titan, Saturn’s largest moon, early Saturday, sending back troves of new images posted to space agency websites on Monday. Cassini is now preparing to align itself with the ringed planet, before plunging to what is expected to be a fiery death in mid September.

The Cassini spacecraft, a collaboration between NASA, the European Space Agency (ESA) and the Italian Space Agency (ASI), will complete its successful mission with a bang, as it speeds into the increasingly dense and poisonous atmosphere of Saturn, following a 20-year run that has given us striking new images and a wealth of crucial data about our solar system's second largest gas giant planet and the billions of objects in orbit around it.

© AP Photo / NASA/JPL-Caltech/SSI/PSI
There May Be Alien Life in Our Solar System, NASA Announces

"Cassini's up-close exploration of Titan is now behind us," stated Linda Spilker, project scientist at NASA's Jet Propulsion Laboratory in Pasadena, California, on Monday, "but the rich volume of data the spacecraft has collected will fuel scientific study for decades to come."

The robot spacecraft will now move into position to use Titan's gravity well as a form of space slingshot, to boost Cassini into a position for its final 22 orbital dives, one every week, through Saturn's rings, the first of which begins Wednesday.

Intended to primarily study the makeup of Saturn's mysterious rings, Cassini also carried and successfully released the Huygens probe on December 25, 2004, which landed on Titan on January 14, 2005, beaming back important data about the moon to Earth until its apparent demise some three hours after landing.

Cassini's journey to Saturn included flybys of Earth, Venus and Jupiter, as well as the closest-yet studies of Saturn's primary moons, including Enceladus, now thought to potentially be able to harbor life in subsurface saltwater oceans.