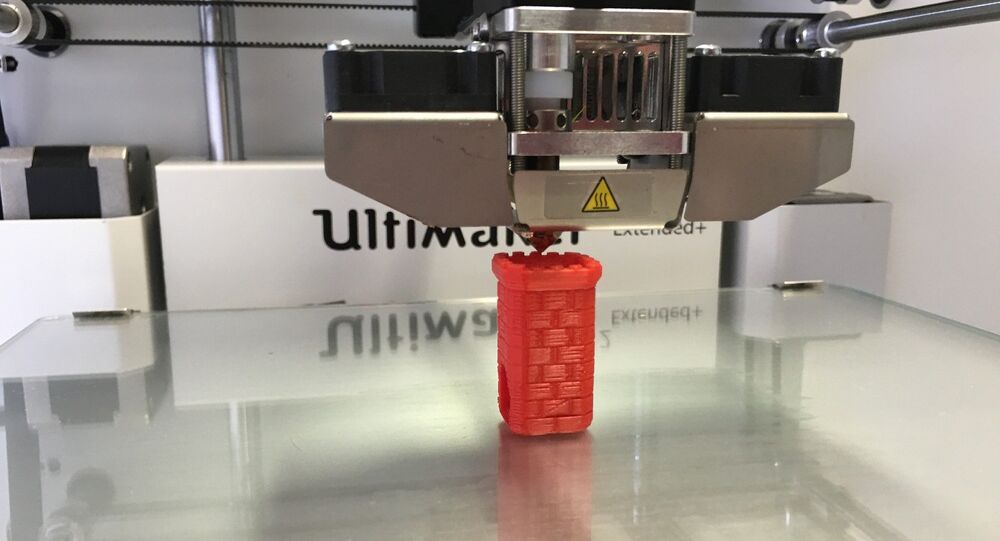 A research team at Sahlgrenska Academy in Sweden has managed to create cartilage tissue from stem cells using a 3D printer. The fact that stem cells survived the printing is seen as a major success in itself and could potentially serve as an important step in the quest to 3D-print body parts.

© Photo : pixabay
Uncrack a Smile: 'Disappearing' Swedish Dental Implants to Cure Facial Fractures
The research, which took three years to complete, was carried out in collaboration with the Chalmers University of Technology, which is recognized for its expertise in 3D-printing biological materials, as well as researchers of orthopedics at Kungsbacka Hospital, a joint statement said.

The research team used cartilage cells taken from humans in connection with knee surgery. Subsequently, the cells were reversed in their development under lab conditions to become so-called pluripotent stem cells, which are cells that have the potential to develop into any kind of cells. Later, they were enclosed in a structure of nanocellulose using a 3D printer. After printing, the cells were treated with growth factors to form cartilage.

"The differentiation of stem cells into cartilage works easily in nature, but is significantly more difficult to perform in test tubes. We are the first to succeed in it," associate professor of cell biology Stina Simonsson said, as quoted by the Swedish newspaper Hällekis Kuriren, venturing that the key to succeeding was tricking the cells into "believing" they were not alone.

Earlier this year, human cartilage cells were successfully implanted in six-week-old baby mice. Once implanted, the tissue began to grow and proliferate inside the animal, eventually vascularizing and growing with blood vessels.

© Photo : Pixabay
Swap Meat: Swedes Ponder Tax on Flesh-Eaters to Help Environment
The end product, which was developed using a Cellink 3D bio-printer, was found to be very similar to human cartilage. Experienced surgeons argued that printed cartilage looked "no different" from that found in patients.

On top of being a major technological achievement, the study represents a major step forward for the artificial creation of human tissue. In the not-too-distant future, 3D printers could be used for repairing cartilage damage or as a treatment for osteoarthritis, which causes the degeneration of joints. The latter is a very common condition, affecting one in four Swedes aged 45 and over.

At present, however, the structure of cellulose used in printed cartilage was ruled "not optimal" for the human body and needs to be fine-tuned before actually benefitting patients.