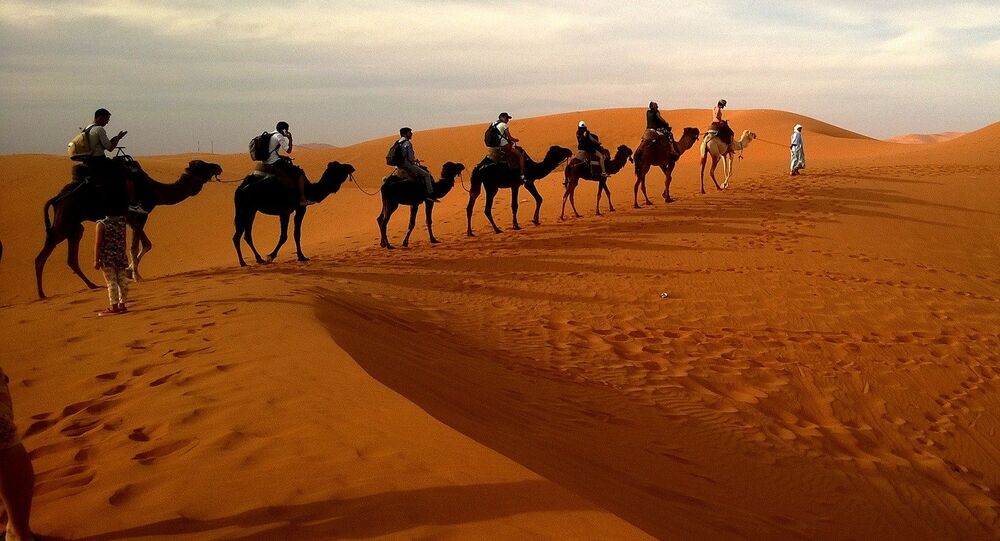 Scientists at MIT and the University of Berkeley have created a solar-powered water harvester that can produce drinking water out of air humidity. While still at the prototype stage, the groundbreaking invention has already yielded promising results, creating water in extremely arid real-world conditions.

The threat of water scarcity in future is a very real one — rising Earth temperatures, ever-escalating pollution and a constantly expanding global population could create a significant deficit between demand and supply.

However, the invention could eradicate such a prospect from the horizon permanently — it can run on minimal levels of sunlight, meaning it could be used anywhere in the world, ensuring potentially universal, perpetual water accessibility in turn.

One stumbling block for global water accessibility is the reliance on "grid" structures for transit and access — as drinkable water currently needs to flow through pipes, creating the necessary infrastructure to ensure access in remote or inhospitable areas is extremely costly, time consuming, and even virtually impossible in some cases.

Developing countries — many of which rank highest in terms of water need — have benefited significantly from non-grid infrastructure in respect of the internet and telephone access, and energy. A similar solution for water could improve the lives of millions the world over — and this device could well be that very provision.

The work is a collaboration between Dr. Evelyn Wang's Device Research Laboratory at MIT Mechanical Engineering, and Professor Omar M. Yaghi's Reticular Chemistry Laboratory at University of California-Berkeley. While powered by solar energy, its most important components are metal-organic frameworks (MOFs).

Professor Yaghi invented MOFs two decades ago — he explains they are materials made by stitching together organic and inorganic metallic units into porous frameworks, which are ideal for capturing and storing gases and liquids.

MOFs are highly adaptable — over 20,000 varieties, with a wide range of uses, have been created since Professor Yaghi's discovery.

"The MOF [in this device], MOF-801, is capable of trapping water at extremely low humidities typical of arid regions of Earth where almost one-third of the world population lives. As air passes through the MOF, water is trapped in its tiny pores and then concentrated," Prof. Yaghi told Sputnik.

Once the water is captured, he continues, it's heated by sunlight, before being released through the device's pores, and condensed. It's the first device capable of water capture and delivery under such conditions — but its application extends beyond drinking water and household purposes. Mr. Yaghi says it opens the way for watering large areas for agricultural and other constructive purposes.

"In taking the invention out of the lab and demonstrating the device in real world conditions, we have shown the device can operate and deliver water. Certainly, there are many techniques for capturing water at high humidity, but none work at low humidity as this MOF device does. Needless to say, the fact that our device works in ambient sunlight is unique," he added.

As a representative example of the device's capabilities, by using one kilo of the new MOF, the device is able to produce almost three liters of water over a 12-hour period in an area with only 20-30 percent air humidity. To place that in context, the average daytime humidity in the Mojave desert is 10-30 percent. Moreover, the average human needs roughly 330 milliliters (the equivalent of a standard Pepsi can) of water per day to survive — the device can collect that total in under an hour.

Floating on Sunshine: Thinnest Ever Solar Cells Can Balance on Soap Bubble