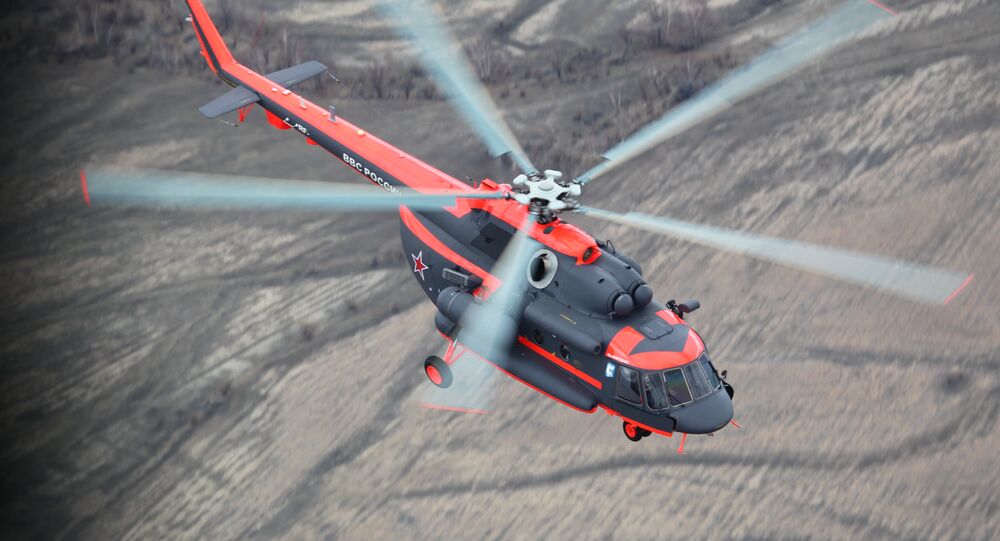 The new system can be installed on any class of civil helicopters. It ensures stable hovering on low altitudes and increase flight security in mist, rain, snow and other unfavorable conditions.

"In the framework of import substitution of critical elements of radioelectronic on-board equipment… a small-size helicopter doppler velocity and drift sensor combined with a height sensing device has been created," the statement on the company's website read.

© Sputnik / Alexandr Kryazhev
Russian Satellite Builder Reshetnev Fully Switches to Import Substitution
According to the statement, the system can be installed on any class of civil helicopters. The device will ensure stable hovering on low altitudes and increase flight security in mist, rain, snow and other unfavorable conditions.

In 2014, the European Union imposed a range of sanctions on Russia on the pretext of the conflict in Ukraine. In line with the restrictions, Russia was banned from acquiring European devices and technologies, which were mainly used in military equipment, and oil and gas extraction.