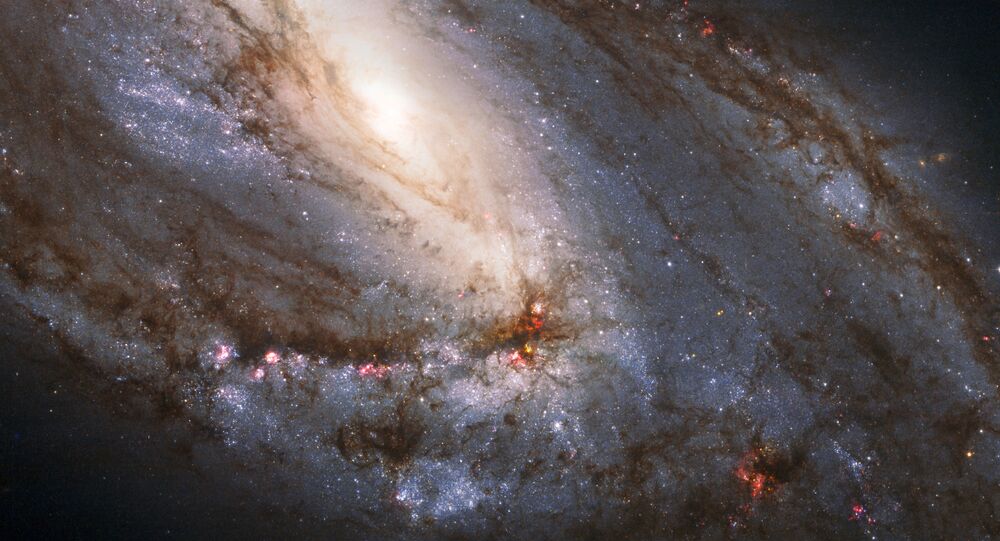 After the demotion of Pluto to the status of a minor planet, skywatchers yearning for a return to the original nine were heartened by theories of the existence of a possible undiscovered major planet well beyond the orbit of Neptune. But now a new hypothesis using legacy physics is threatening to dash those hopes.

Planet Nine, according to a prevailing theory, is a mysterious, as-yet-undetected object so large — and orbiting the sun at such great distances — that it is affecting several much smaller worlds (including Pluto) far beyond the orbit of Neptune.

The only way that astronomers have been able to theorize the existence of the hypothetical Planet Nine is by observing the movements of tiny icy worlds so far away from the sun that they take some 20,000 years or more to make one solar orbit.

Those ice worlds, more than 50 astronomical units (AU — the distance between the Earth and our sun) from Earth at the closest approach of their distinctly elliptical orbits, are described as "trans-Neptunian" due to their location beyond the orbit of the eighth major planet. Their extremely distant solar orbits, perturbed by other celestial bodies in their vicinity, are nonetheless gravitationally attached to the sun.

The movements of these bodies, until recently, had been thought to be strongly affected by the existence of a Planet Nine, a massive object in their vicinity described as a previously undetected super-planet, whose movement would explain the erratic flights of its smaller celestial brethren.

But a recent alternate theory has been brought forward refuting the existence of Planet Nine, and potentially dashing the hopes of those seeking to bring our solar system's population back up.

Using the property of diffusion, the new explanation simply suggests that objects, or masses, eventually drift apart, like smoke in an enclosed space, from areas of high concentration to areas of low concentration, through a common background process of the random movement of all nearby objects.

Using diffusion as an explanation, astronomers suggest that the 20,000-year orbits of those icy outer worlds could, over billions of years, come into contact with the orbit of Neptune on enough occasions to have their orbits perturbed, thus denying the existence of a super-planet orbiting far from the sun.

It has been suggested that the effect of diffusion upon the possible tens of millions of celestial bodies of various size and shape that reside in the Oort Cloud, a spherical shell of objects some 50,000 and 200,000 AU (about 1 to 3 light years) from the sun, is the primary driver of the motions previously thought to indicate the existence of Planet Nine.

If the application of the property of diffusion pans out to explain those seemingly random perturbations in the orbits of known ice worlds traveling far beyond the orbit of Neptune, hopeful skywatchers will have to accept that eight major planets is all we've got, and is likely all we're going to get.