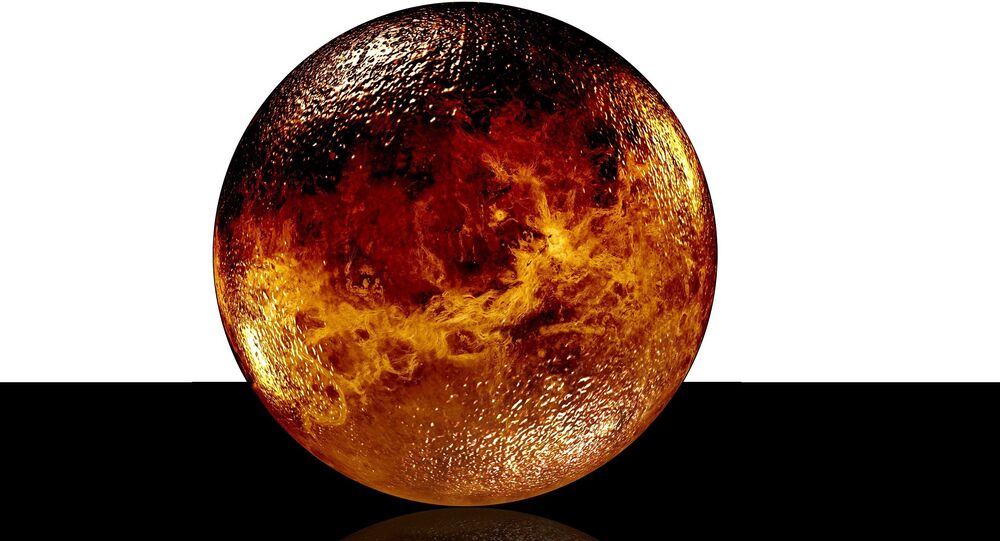 Venus and Earth are very similar planets and they are often referred to as twins, as both are similar in size, however Venus harbors a much more sinister side, which makes it hard for any human to ever inhabit the planet and live on it safely.

The Soviet Union managed to successfully land eight unmanned spacecrafts on Venus between 1970 and 1982, however the longest any of them lasted on the planet was 110 minutes.

Venus may be easier to reach than Mars, but scientists and space agencies around the world show little interest in exploring the planet.

Here are several reasons why that could be.

The atmosphere on Venus is composed of 97 percent carbon dioxide, 3.5 percent nitrogen and traces of other gases such as sulfur dioxide.

Venus is entirely covered by thick layers of clouds, between 50 and 70 km altitude, above which a thinner mist extends to around 100 km altitude.

​The clouds and mist consist of droplets of concentrated sulphuric acid.

Time It Takes to Spin

One day can last up to one year and the planet takes 243 Earth days to spin once on its axis.

Venus also has a very small tilt of only 3.39 degrees with respect to the Sun compared to 23.4 degrees on Earth.

​On Earth it is the tilt that causes the seasons to change and this lack of tilt on Venus means that the temperatures are fairly consistent all year round.

The average temperature on Venus is 864 degrees Fahrenheit (462 degrees Celsius). The temperature changes slightly, traveling through the atmosphere, growing cooler the further you go from the surface.

​According to scientists lead would melt on the surface of the planet, where the temperature is around 872 F.

The atmosphere of Venus is made up almost of carbon dioxide, with some traces of nitrogen. At the surface the atmosphere presses down as hard as water 3,000 feet beneath the Earth's ocean.

​So you will need a healthy supply of oxygen to survive on the planet.

Venus is dimly lit, which means that it is hard to travel and explore the planet, as you will not be able to see much.

Venus clouds reflect 90 percent of sunlight that hits them, which causes the surface to be poorly lit.

​So with all of these issues, coupled of course with the risk of cell damage and cancer, Venus is a pretty dangerous planet to try and live or exist on, despite its similarities with Earth.