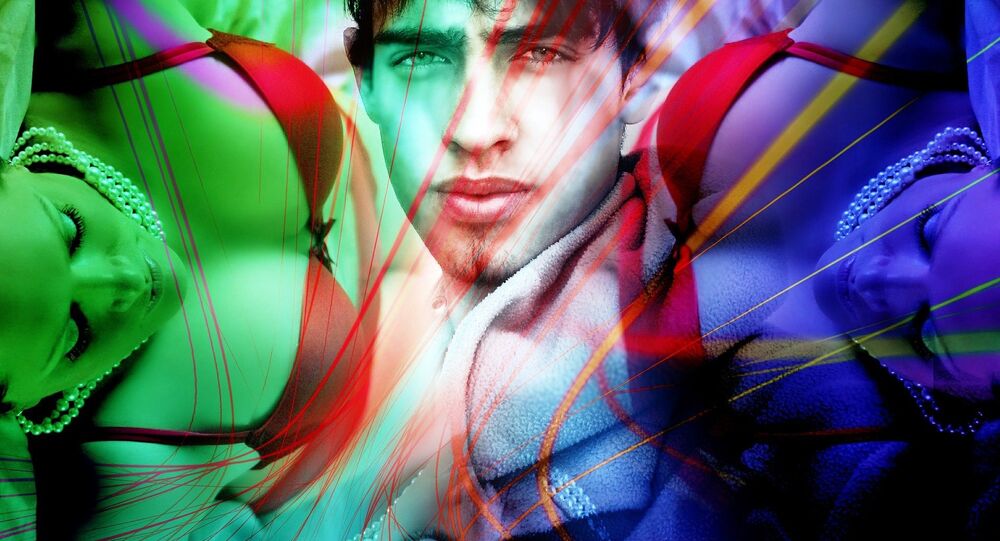 Lonely? Bored? Seeking that extra added something to spruce up your sex life? Have we got just the thing for you, as the makers of RealDoll, the infamous life-size person-shaped sex toy, has announced that they will soon introduce an interactive app to allow your silicone sex slave to customize itself to your every whim.

Released on Saturday by Abyss Creations, the "Harmony AI" app is claimed to be able to sync with your RealDoll, and has the ability to retain bits and pieces of information about the user, so that it can "create an engaging simulation of a relationship," according to Cnet.

While marrieds around the world might concur that the phrase "engaging simulation" accurately describes the relationship with their all-too-real partner, Abyss Creations takes their app to the next level as, to hear them say it, their "Realbotix" AI can effectively shape a personality to control the outward aspects of a pricey plastic plaything.

The Realbotix app will also allow users to create an avatar, presumably to twiddle with while out and about, setting the stage for an authentic tumble upon returning home.

Abyss CEO Matt McMullen has stated that, while RealDolls currently are only available in the female form, they are essentially "genderless" and can be modified to suit any taste or predilection.

As reported by Future Sex in February, McMullen stated that when "the male version of the app is complete, subscribers will be able to easily choose different genders when creating their AIs." The choices are only bound by the imagination of the user.

The app, downloadable from the Realbotix web site, is proprietary, and currently not available in Google Play or Apple's iOS, but is compatible with Android devices.

By creating a detailed avatar, users opting to purchase a RealDoll will eventually be able to upload their creation into circuitry contained within their expensive sex toy.

Users will also be able to customize the RealDoll's face and makeup, according to Cnet, making for a plausibly prurient Barbie experience, as grown adults pay real money to play with dolls.

It won't be cheap, but happiness through technology never is.

Just the head will bounce your wallet for some $10,000, A $2000 deposit can be placed now for orders to be delivered at an undetermined later date. If you change your mind after ordering, you lose half your deposit.

Robots are a resource with an almost unlimited potential, and making them for sexual release is an inevitable application of cutting edge technologies. Like consumerism, though, just don't expect it to make you happy, only offer you temporary release.