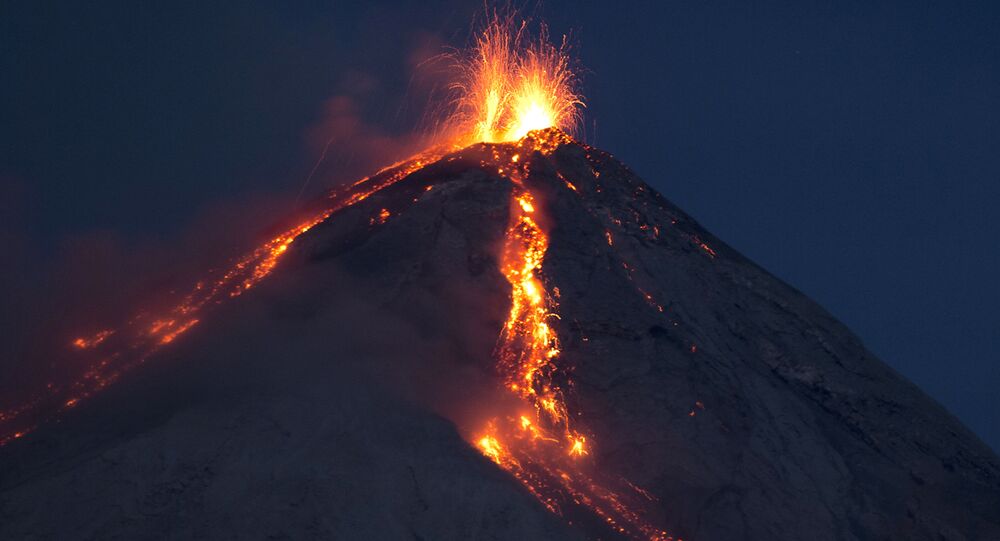 A team of scientists from University of Cambridge and Bristol have used drones to collect measurements from Guatemalan Volcanic clouds, in the hope it will provide them with more knowledge about volcanoes.

Volcanologists and engineers in the UK have collected measurements from volcanic clouds, together with visual and thermal images of inaccessible volcano peaks, using an unmanned aerial vehicle (UAV), also known as a drone.

This is the first time a UAV has been used for these purposes at a volcanic site. The team of scientists from went on a ten day trip  to Volcan de Fuego and Volcán de Pacaya in Guatemala, Central America.

Using lightweight sensors the team were able to measure the temperature, humidity and thermal data within the volcanic clouds. They were able to take multiple images of eruptions in real-time.

The UAVs were flown at distances of 8 kilometers above the launch site and gathered a vast amount of information that will aid the team in helping to analyze and understand the activity of a volcano.

Dr. Emma Liu, a volcanologist from the Department of Earth Sciences at Cambridge University, said that using drones has been "invaluable."

"Drones offer an invaluable solution to the challenges of in-situ sampling and routine monitoring of volcanic emissions, particularly those where the near-vent region is prohibitively hazardous or inaccessible," she said.

Flying high at Fuego! Drones let us observe explosions closer than ever before. Thanks to a great team! @Cambridge_Uni @BristolUni @deepcarb pic.twitter.com/n5LqaxmRHB

"These sensors not only help to understand emissions from volcanoes, they could also be used in the future to help alert local communities of impending eruptions — particularly if the flights can be automated," Dr. Liu added.

"Even during this initial campaign we were able to meet significant science and engineering targets. For example, multiple imaging flights over several days captured the rapidly changing topography of Fuego's summit. These showed that the volcano was erupting from not just one, but two active summit vents," Dr. Wood said.

Taking time out from their sample flights, the research group also used their aircraft to map the topology of a barranca and the volcanic deposits within it. These deposits were formed by a recent pyroclastic flow — a fast-moving cloud of superheated ash and gas — which traveled down the barranca from Fuego.

The data captured will assist in modeling flow pathways and the potential impact of future volcanic eruptions on nearby settlements.

The team plan to return to Guatemala later in the year to carry out more tests.