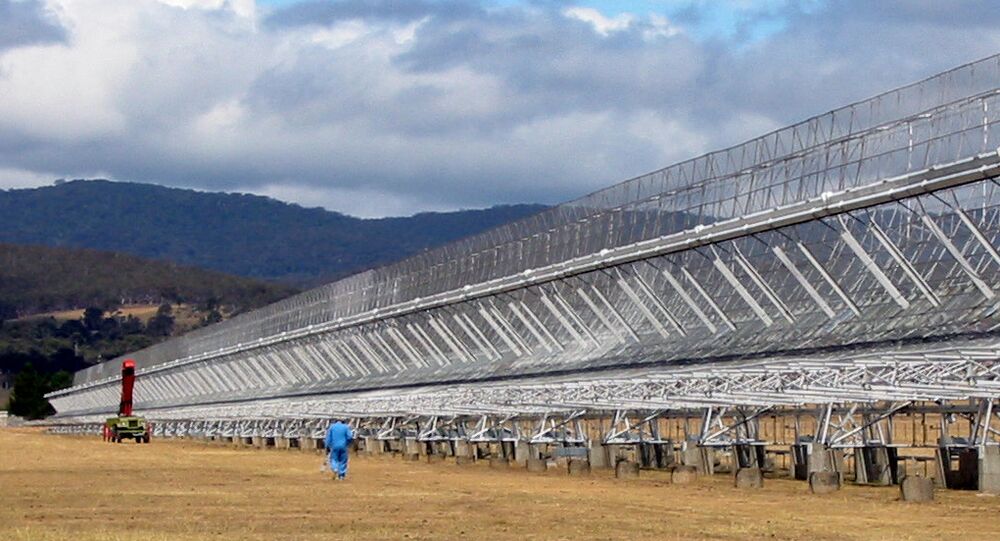 Something peculiar is going on in deep space. A new trio of Fast Radio Bursts (FRBs), unimaginably powerful releases of radio waves with no discernible origin, have been detected by an Australian observatory.

Australia's Molonglo Observatory Synthesis Telescope (MOST) has published their observations of three FRBs, 160317, 160410 and 160608, done over a 6-month period. The Molonglo team says that their find is more than just a discovery of a few new FRBs, but a nail in the coffin of the theory that FRBs are the result of instrument interference.

Since they were discovered in 2007, FRBs have become one of astronomy's biggest mysteries. Despite only lasting a few milliseconds, they release unfathomable amounts of energy: about as much as the sun produces in a month. So mighty are these FRBs, Earth instruments can pick them up from billions of light-years away. Humanity has logged a few dozen of them in the ensuing decade.

There are countless theories for the origin of FRBs. The most obvious one is the collision of supermassive objects in space: neutron stars, black holes, supergiant stars, and other similar phenomenon. Another theory is that FRBs don't exist, but interference from Earth-oriented radios (such as satellites) are creating phantoms that fool instruments.

The MOST is well-suited to hunting for FRBs, with a collecting area of nearly 200,000 square feet and a large field of view. It collected 1,000 terrabytes of data every day, which was then combed by software to search for phenomena like FRBs.

MOST's power and sophistication means that there is virtually no chance of the FRBs being phantoms created by radio interference, as was speculated with older telescopes. "Conventional single dish radio telescopes have difficulty establishing that transmissions originate beyond the Earth's atmosphere," Dr Chris Flynn, from Swinburne University of Technology, told Metro.

The third theory is, of course, aliens. Recurring FRBs have been tracked to a dwarf galaxy in the distant Auriga constellation, and astrophysicists from Harvard University believe the waves may be coming from a massive solar engine that utilizes the energy of a star to accelerate massive spacecraft for interstellar travel.

While the FRBs being evidence of an advanced alien race is far from confirmed, scientists have struggled to debunk the theory or provide a more convincing one thus far — as these are the only recurring FRBs thus discovered.

"Perhaps the most bizarre explanation for the FRBs is that they were alien transmissions. Figuring out where the bursts come from is the key to understanding what makes them. Only one burst has been linked to a specific galaxy," says study lead Manisha Caleb with the Australian National University, Melbourne's Swinburne University of Technology and the ARC Centre of Excellence for All-sky Astrophysics.