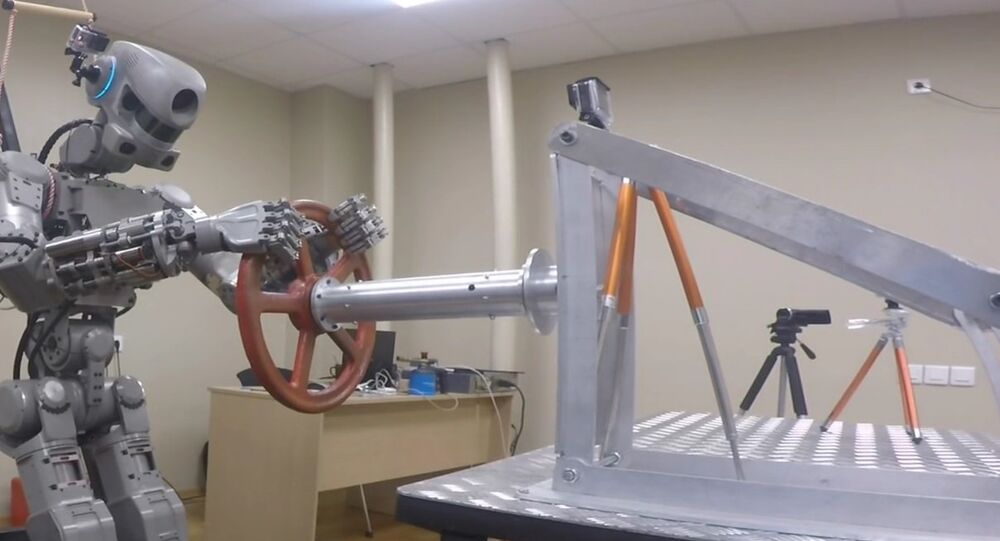 First flight of the Russian next-generation Federation spacecraft will be unmanned, the space vehicle will be guided by a robot named Fedor, Russia's Roscosmos State Space Corporation said Friday.

MOSCOW (Sputnik) — The Federation spacecraft has been designed to deliver up to four people and cargo to the Moon and space stations in low Earth orbits. The spacecraft’s autonomous flight period is estimated at up to 30 days, with the capacity to stay attached to a space station for up to a year.

"The unmanned launch and autonomous flight of our new spacecraft will take place in 2021…it is expected, and all relevant decisions have already been made, that robot Fedor will be the first pilot," Yevgeny Mikrin, Roscosmos general designer of manned spacecraft, said.

Russia's Energia space corporation earlier said that the Federation, which is 80 percent built of composite materials, will be manufactured by 2021.