Juno has completed its fifth flyby, and NASA says they learn more about Jupiter with each trip around.

© NASA . Valmir Morais
An image of Jupiter taken by Juno and colored by an amateur astronomer.

"This will be our fourth science pass – the fifth close flyby of Jupiter of the mission – and we are excited to see what new discoveries Juno will reveal," said Scott Bolton, principal investigator of Juno from the Southwest Research Institute in San Antonio. "Every time we get near Jupiter's cloud tops, we learn new insights that help us understand this amazing giant planet."

© NASA . GeometricArt
A photo of Jupiter from Juno. "Contrast and Color changes both major and subtle to bring out details and also removed longest wavelength color channel to improve sharpness. And yes I did use mspaint for some of it!"

"Juno is providing spectacular results, and we are rewriting our ideas of how giant planets work." 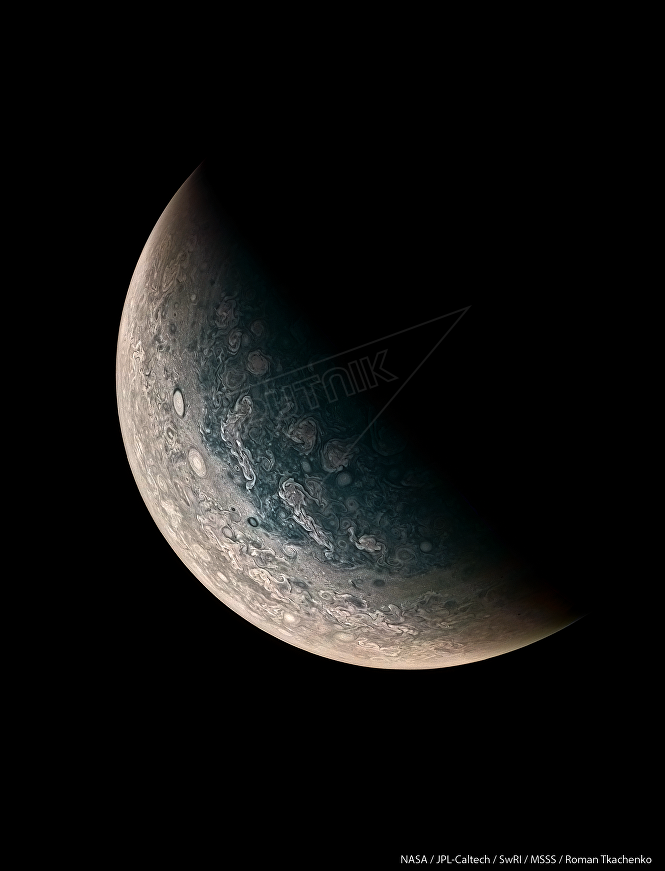 © NASA . Roman Tkachenko
This Jupiter photo is courtesy of Juno, and clearly shows monstrous swirling storms on the planet's surface.

NASA's probe, a swimming pool-sized spacecraft which launched in August 2011 and traveled 415 million miles to arrive at Jupiter in July 2016, has been continuously beaming photos back to Earth.

© NASA . Jason Major
This Juno photo of Jupiter isn't the Red Spot, but rather the "white pearl storms on Jupiter, just southwest of the White Oval".

Juno's missions are highly variable, but its main focuses are to learn more about Jupiter's atmosphere, core and gravitational and magnetic fields. Thus far, Juno has imaged Jupiter's poles for the first time and recorded bizarre phenomena such as cloud formations and auroras on the gas giant.

Juno is the first spacecraft to the outer planets to be powered solely by solar rays rather than nuclear power. It makes a flyby of Jupiter every two months or so.

© NASA . Gomi-56
An artistic alteration to Juno's Jupiter photo that the artist dubbed the "Mother of Pearls".

"Juno is healthy, its science instruments are fully operational, and the data and images we've received are nothing short of amazing,"; said Thomas Zurbuchen, associate administrator for NASA's Science Mission Directorate. 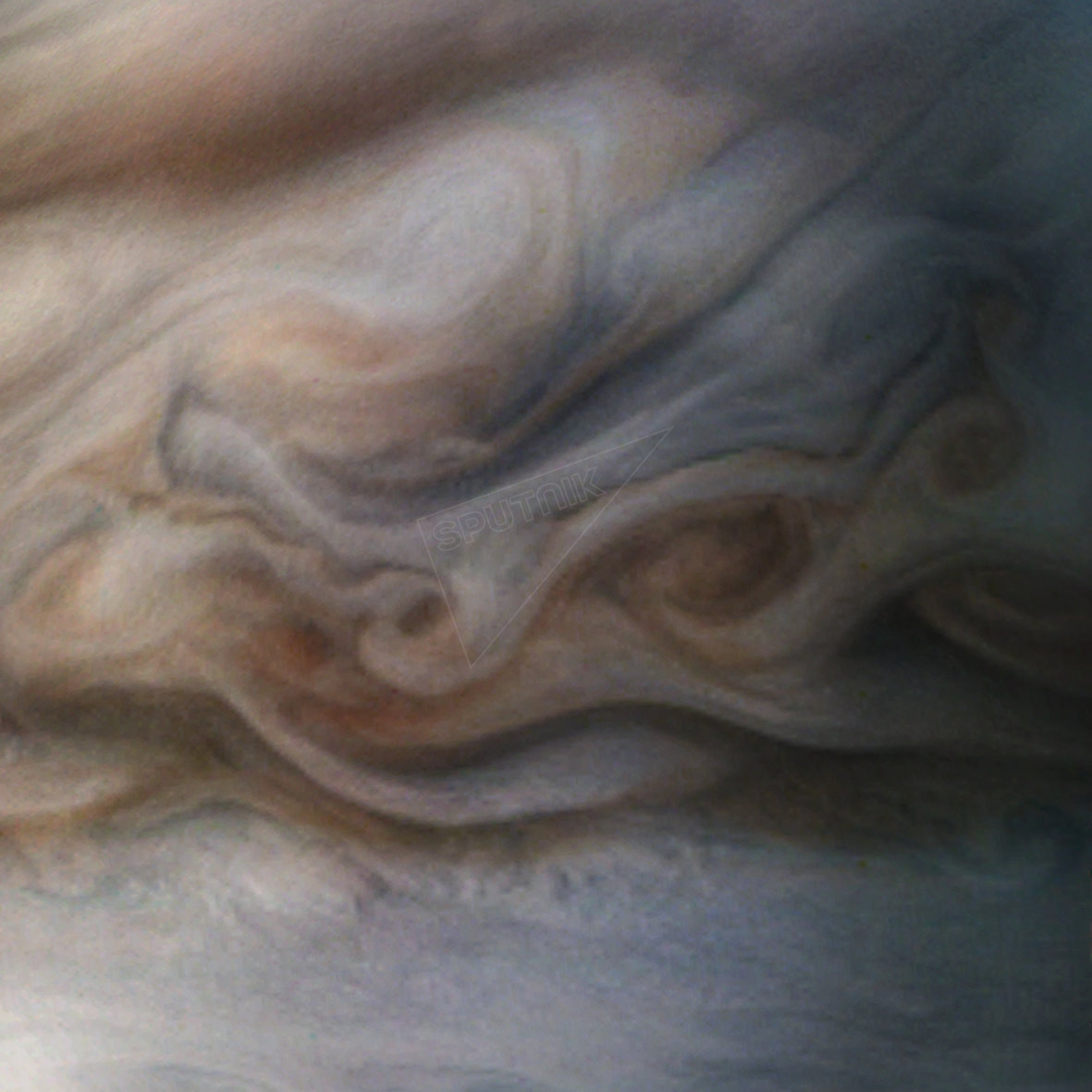 © NASA . Geoff Pritchard
An edit of Jupiter's landscape based on a photo taken by Juno.

Juno's orbit is highly elliptical, as close to 2,600 miles from the planet at its closest approach and as far as 5.03 million miles at its farthest. This is to avoid Jupiter's radiation belt, which could damage the numerous sensitive instruments inside of the probe.

Gervasio Robles
"The Six Sisters", a mosaic of Jupiter made in photoshop based on photos from Juno's last three flybys.

After the 37th orbit, which should happen in February 2018, Juno will be sent careening into Jupiter, where the planet's atmosphere will disintegrate it. This will be done to prevent the creation of space debris and minimize the risk of the contamination of Earth bacteria on one of Jupiter's moons.