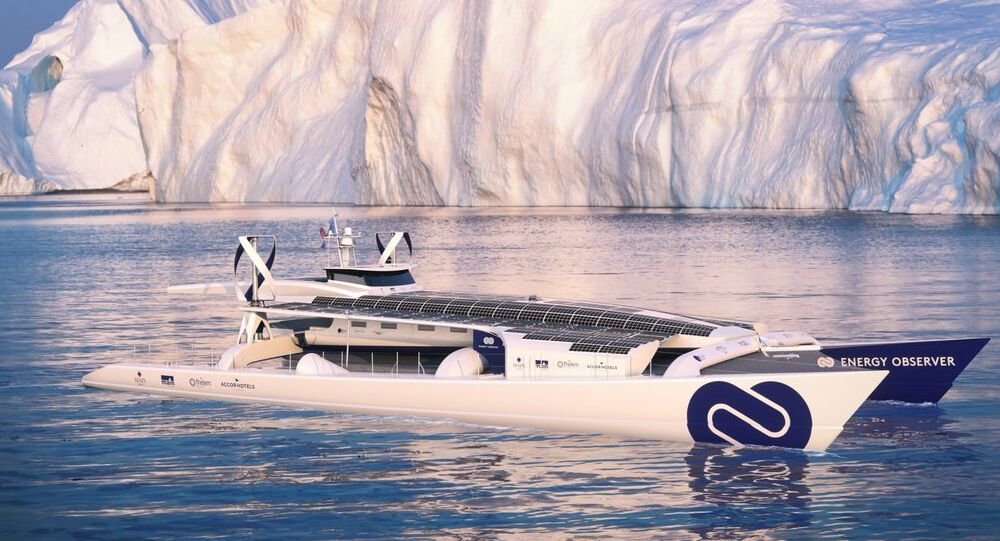 The Energy Observer, which will set sail from Paris in May 2017, will be the world's first hydrogen powered yacht. Explorers Victorien Erussard and Jerome Delafosse, will sail around in the boat powered by renewable energy.

"When we are over-producing energy, when we have a lot of wind and sun, the idea was not to waste this energy and to just keep it on board," Delafosse said in a recent interview.

"Hydrogen is the best way to do this, because it's very light and the efficiency of hydrogen is three times more than fuel," Delafosse added.

​The Energy Observer has hydrogen tanks as opposed to a battery, this reduces the weight of the yacht, making it almost three times lighter than MS Turanor PlanetSolar, the first boat to circle the globe using solar power.

According to its developers, the Energy Observer, can go three times faster then the PlanetSolar, however it will take it six years, at a cost of US$ 3.5 million per year, to complete its journey across the globe. The PlanetSolar went around the world in 18 months.

The reason why the Energy Observer will take a longer time to complete its journey is because it;s set to make 101 stops, in order to showcase the potential of renewable energy.

"We can use this technology in hotels, in houses, in cars… the idea is to be less dependent on the network. It shows how fast things can happen: as it did in London at the turn of the last century with [moving from] horses to cars, it will happen with renewable energy," Delafosse said.

​Experts are comparing the yacht to the Solar Impulse 2, the solar-powered plane that circumnavigated the world in July 2016.