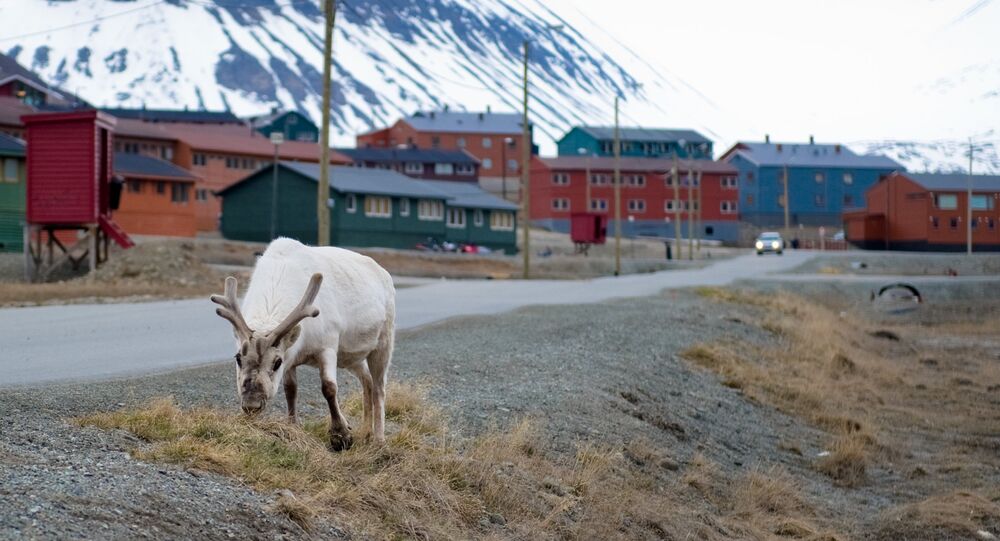 Norway's Arctic archipelago of Svalbard, which is already home to the eponymous Global Seed Vault, is poised to get another 'doomsday' depository. Data files will be safely stored for posterity inside an abandoned coalmine in the mountainside near Svalbard's capital Longyearbyen for at least 500 years.

© Photo : Svalbardi.com
Norway Entices Muslims With 'Premium Water' From Pristine Arctic Archipelago
In the World Arctic Archive, documents and data will remain safe even if original archives are destroyed by natural disasters, wars or cyberattacks. Alongside Norway's own Song og Fjordane County Council, representatives of Brazil's and Mexico's National Archives will be the first to save copies of their files deep inside the new "doomsday vault," Norwegian national broadcaster NRK reported.

"There is a special feeling that I should save my nation's memory on the Arctic island," Eric Cardoso from Mexico's National Archives told NRK.

The World Arctic Archive is run by Piql, a company based in the Norwegian city of Drammen with only 17 employees. Founded in 2002, the company rose to prominence by providing equipment for viewing digital movies in analog movie theaters, a technology used by both Hollywood and Bollywood. With its expertise in film and using both EU funds and support from the Norwegian Research Council and Innovation Norway, they researched the opportunities the film provides as a storage medium. According to entrepreneur Rune Bjerkestrand, it is much safer than conventional hard drives.

Piql fine-tuned old-fashioned photosensitive film technology to store larger amounts of data in multiple layers. Also, the files can be neither altered nor doctored when entered. After running advanced temperature tests, Piql concluded that the technology allows storing data for at least 500 years, but believes that the longevity of the film is actually much higher.

"Actually, we believe that we can save the data using our technology for a whole 1,000 years," Katrine Loen Thomsen from Piql proudly told NRK.

© AFP 2021 / BERIT ROALD / SCANPIX NORWAY
Svalbard's Oil Casts a New Chill Between Arсtic Nations
Despite their sturdy image, hard drives and flash drives are highly fragile storage formats. In the process of storage, files tend to become damaged or disappear. Therefore, conventional archives are compelled to keep multiple copies and have as many backups as possible.

"Runes etched in stone over a thousand years ago are is still readable, but today's storage media is highly volatile," said Stefan Axelsson, an expert in data security and associate professor at the Department of Informatics and Media Studies at the Norwegian University of Science and Technology in Gjøvik.

The archive will be placed in Mine 3, a former coal mine which fell into disuse two decades ago. Conditions inside the mine are very stable and are not affected by the change of seasons. Owing to permafrost, the temperature inside the mines hovers between five to 10 degrees below zero.

Rune Bjerkestrand and Katrine Loen Thomsen from Piql exploring Mine 3 at Svalbard for preparation of the Artic World Archive. #datasecurity pic.twitter.com/QWSdgQzcsx

​Security against cyberattacks is a major advantage for the World Arctic Archive, as it is virtually impossible for foreign actors to steal or otherwise damage the data.

"It is clear that in order to damage the files, you have to physically break into the vault and grab a roll of film," Katrine Loen Thomsen pointed out.

Yet another selling point of the new "doomsday vault" is its security from wars and conflicts. Norway has sovereignty over the archipelago owing to the 1920 Svalbard Treaty, which was signed by 42 countries and effectively made Svalbard a demilitarized zone.

"We can be reasonably confident that no military attack will happen," Pål Berg from the Norwegial coal mining company SNSK said, whereas Tor Eivind Johansen, managing director at the Municipal Archive Institutions Digital Resource Center (KDRS) reminded that archives tend to be the first to be destroyed in wartime.

© AFP 2021 / ODD ANDERSEN
Leaked Gov't Report Reveals Norwegian Security So Bad It Has to Be Hushed Up
The World Arctic Archive is hoping to entice companies and nations that choose to store copies of their records and registers abroad citing increased cyber threats, such as those in Estonia. Stefan Axelsson also referred to major upheavals and revolutions, as well as totalitarianism, which has a frightening record of burning books.

Its predecessor, the Svalbard Global Seed Vault, is a secure seed bank situated on the Svalbard archipelago about 1,300 kilometers from the North Pole. The idea is to preserve a wide variety of plant seeds that are duplicate samples or "spare copies" of seeds held in gene banks worldwide to insure against the loss of seeds during large-scale regional or global crises.