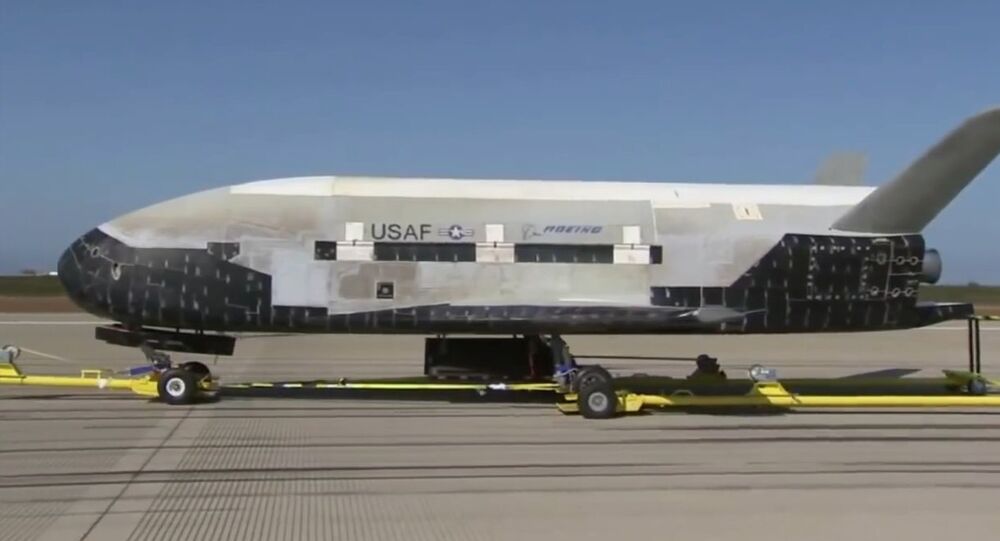 The US Air Force’s super-secret Boeing X-37B mini space shuttle just broke its own orbital record of 674 days in space. The landing date for the apparatus remains undetermined.

The fourth of the X-37B unmanned space vehicles, which resemble very small space shuttles with a wingspan of just 15 feet (4.6 m), was launched from Cape Canaveral in May 2015. The space plane program has always been shrouded in a high degree of secrecy, which has led many to believe the tiny shuttle is a future space weapon. However, experts who watched its flight closely point out that the spacecraft is too small and clumsy to be used as an anti-satellite weapon.

The US Air Force's official stance on the X-37B is that the spacecraft is needed to test new reusable spacecraft technologies. In 2010, Russian military expert and writer Alexander Shirokorad said that the space plane is indeed a proving ground for technologies that will likely be used on a future space interceptor that would be able to destroy satellites with kinetic weapons.

The Air Force remains silent as to how long OTV-4's mission will last or where it will land. Its predecessors, OTV 1 to 3, lasted 224, 469 and 674 days in space, respectively, and landed at Vandenberg Air Base in California.

"The landing date will be determined based on the completion of the program's on-orbit demonstrations and objectives for this mission," Annicelli said in an email to Space.com.