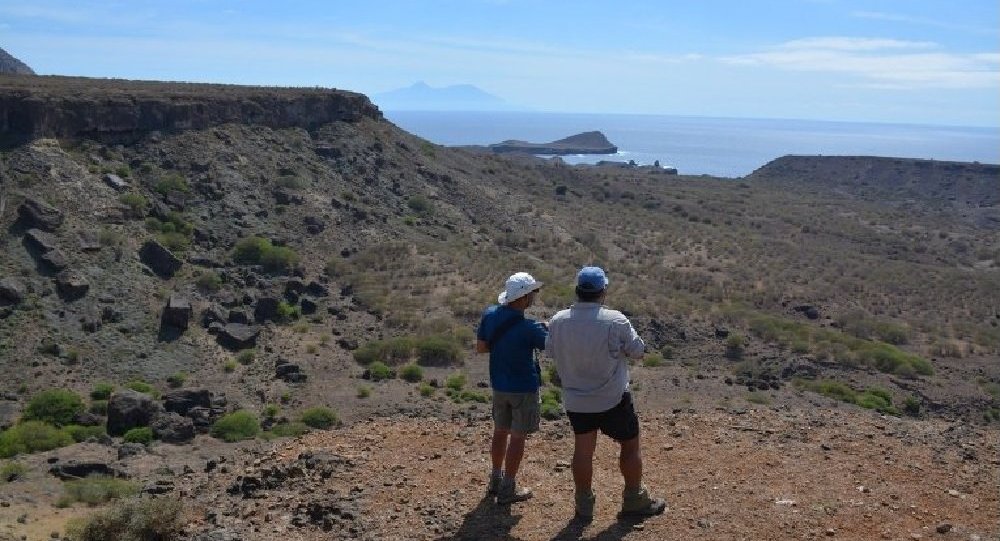 A joint team of American and Canadian researchers have discovered samples from the Earth’s crust that are 4.2 billion years old, harkening back to when Earth was still forming. These samples are a major clue in the geological history of our planet, according to the team.

Around 4.6 billion years ago, a debris disk around the young Sun began to aggregate and form a planet that some monkeys would later name "Earth." In the successive eras, the planet's outermost layer has recycled itself several times while the older crusts have been forced below the surface. The oldest portions of Earth's modern crust are about 2.7 billion years old, leaving a 1.9 billion year blank spot in our knowledge of early Earth.

The researchers, working out of the University of Ottawa and the Carnegie Institution for Science, discovered the samples in northwestern Quebec. The area is known as the Canadian Shield, a stretch of ancient rock nearly 3.1 million square miles in area that surrounds the Hudson Bay.

The Canadian Shield is part of the North American Craton, which makes up most of the United States and Canada as well as part of Greenland. Cratons are the oldest and most stable parts of Earth's geological composition.

The researchers published their findings in the journal Science on Friday.

"The Earth is always 'recycling' and re-melting its crust, erasing records of its early beginnings," said lead author Jonathan O'Neil with the University of Ottawa's Department of Earth and Environmental Sciences in a statement.

"We knew that the craton in northern Quebec had been formed by partial fusion of an ancient precursor crust, but for the first time we have specific information about the age and the nature of this older source."

© Sputnik / Alexander Liskin
Have Geologists Solved the Mystery of the Earth’s Core?

To date the Hudson Bay samples, the researchers tracked the decay of samarium-146. Samarium is an element most commonly used in magnets and chemistry, but the isotope 146 formed alongside the planet.

However, it "only" lasts for about 70 million years before decaying into another isotope, neodymium-142. The researchers checked the levels of neodymium in their samples and compared this with the amount present in more recently formed rocks.

Not only was the rock they discovered 1.5 billion years older than the granites that surround it, they found that it was likely once oceanic crust rather than dry land.

"Were they granites or basalts? Were they continental crust or were they oceanic crust? We think they were oceanic crust. So, the primitive earliest crust on Earth — at least the evidence we have in our samples — was oceanic crust at approximately 4.3 billion years old," said O'Neil.

The novel approach has allowed O'Neil's team to discover these ancient samples. "Finding remnants of early Earth's crust has proven difficult, but a new approach offers the ability to detect the presence of truly ancient crust that has been reworked into 'merely' really old rocks," said study co-author Dr. Richard W. Carlson with the Department of Terrestrial Magnetism at the Carnegie Institution for Science.

Not only has the find told the researchers about Earth&'s early crust, Dr. Carlson believes that they can use neodymium-142 to work out one of geology's biggest mysteries: whether early Earth was subject to plate tectonics.

The team is optimistic that their new method will expand human understanding of early Earth. "Rocks that are 3.6 [billion] to 3.8 billion years old or older, we can count them on the fingers of our hand, basically," O'Neil told Live Science. "We have a very limited amount of rock sample to understand the first billion years of Earth history."

Huge Fresh Crack in Earth Filmed by US Geologists With Drone

Ancient Rocks Hold Key to Earth's Past and Future