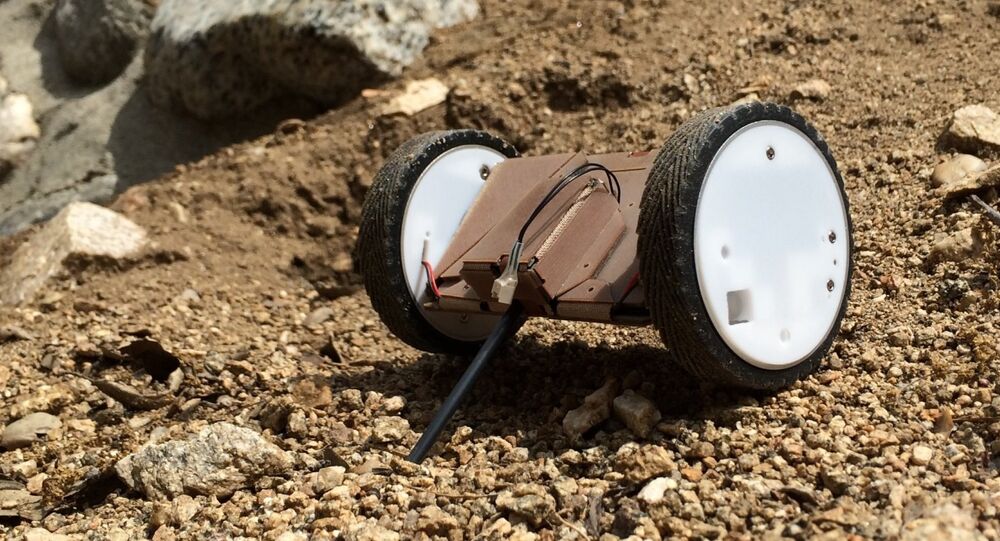 NASA scientists have developed a new compact robot that folds itself up, which promises to open a new chapter in the exploration of alien worlds.

Apparently taking its inspiration from origami, PUFFER can literally fold itself up to slip through the tightest of crevices while its sturdy wheels allow the robot to traverse slippery inclines, allowing it to navigate extreme terrains like the surface of Mars or Jupiter's moon Europa.

Furthermore, due to its compact design, a large number of PUFFERs to be deployed in a target area via a 'parent' rover for a relatively low cost, making planetary exploration significantly cheaper.

The development team has already begun testing PUFFER's capabilities on a simulated Martian terrain. The little rover turned out to be capable of climbing treacherous inclines up to 45 degrees and survive a fall from 3 meters (under simulated Martian gravity).

Further tests on the rover are expected to be conducted soon in the Mojave Desert.