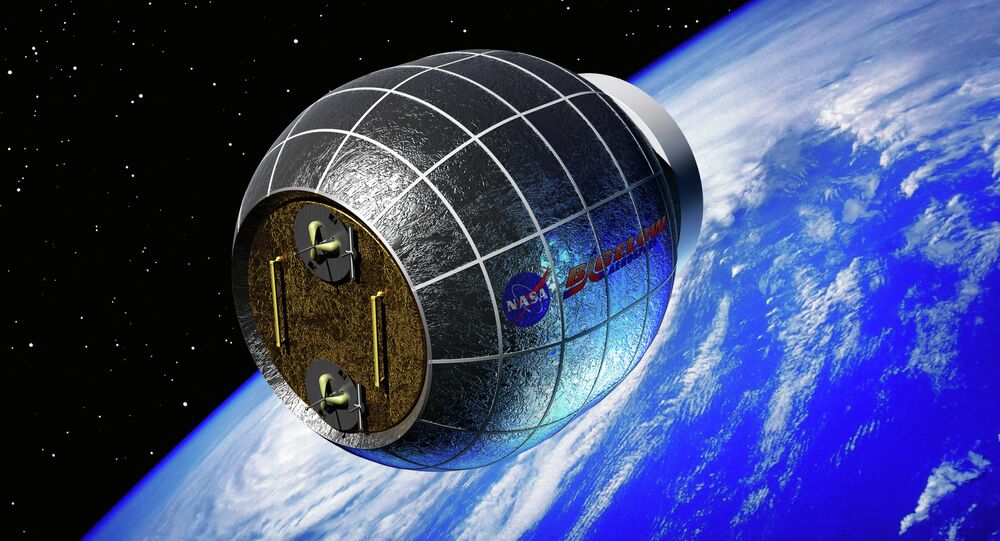 Privately-owned space stations could be orbiting the moon by 2020, provided the White House supports entrepreneurial spaceflight, noted aerospace scientist Robert Bigelow in an interview with Space.com.

"The key is going to be how fast the Trump administration can react," said Bigelow in the March 3 interview. If the new administration moves quickly "to energize funds and to galvanize the private sector" then we could see private space stations within three years.

Bigelow's interview came in the wake of a bombshell announcement from SpaceX, whose founder Elon Musk frequently collaborates with Bigelow. SpaceX announced that they would be taking a pair of private citizens on a flight around the moon in 2018, making the two unnamed individuals the first lunar tourists.

"SpaceX has indicated that they can provide transportation for a circumlunar flight by 2018," Bigelow said. "If the timeline is met, SpaceX would be in a position to offer commercial transportation to the moon by 2020."

But once someone gets to the moon, there will not be much to do. That's where Bigelow comes in, illustrating his vision of a space station orbiting less than 100 miles above the lunar surface, acting as a landing pad and refueling station for spacecraft.

"You'll be able to give the astronauts a waystation, a place where they can have the experience of being farther from Earth than anyone has been in the last 45 years," said Bigelow. He added that a refueling station could allow humans to reach destinations elsewhere in the solar system, for instance, Mars.

In a March 1 interview, Bigelow told FloridaPolitics.com that he wanted to spearhead an American initiative to create permanent bases orbiting the moon. "In view of President Trump's initiative in trying to make something happen here in the next four years, which obviously is a big challenge if you want to do something meaningful, we think this is doable," he said.

"We think if America deploys a lunar depot, that is going to speak volumes. That is going to have a significant effect, because you don't really have to land something on the moon to let people know you have lunar plans."

Bigelow Aerospace,Bigelow's spaceflight startup, set the stage for a private spaceflight boom when it was founded in 1998. Its focus is on the construction of expandable space-station modules for human habitation. The International Space Station (ISS) is a rigid structure, and cost an estimated $150 billion to build and maintain over a 30-year period. Bigelow believes that his inflatable habitats would be a fraction of the cost of the ISS.

In April 2016, Bigelow Aerospace sent an $18 million inflatable space-station module to the ISS. The Bigelow Expandable Activity Module (BEAM) is a test structure, meant to assess how several years in space will affect inflatable habitats.

Bigelow Aerospace also has two experimental modules in the works: the B330 Nautilus, and the BA2100 Olympus. Nautilus is meant to be able to sustain a crew of up to six for an extended period of time, and is inked to be launched in 2020. The more conceptual Olympus (over six times the size of Nautilus) would be crewed by sixteen astronauts — but is too heavy to be lifted by existing spacecraft.