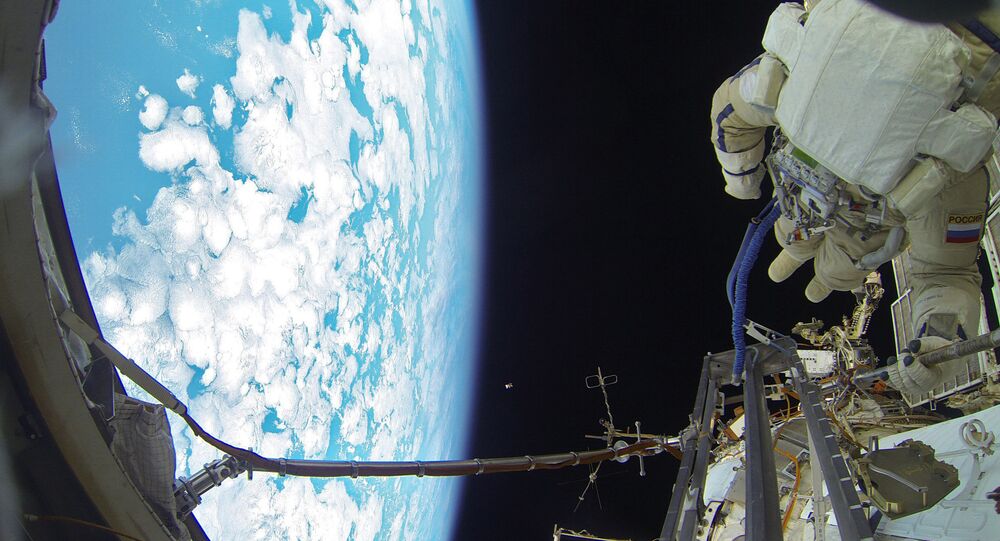 NASA Experiment Will Result in Coldest Spot in Universe Aboard ISS

The International Space Station (ISS) will begin an experiment in August to freeze atoms to one one-billionth of a degree above absolute zero. This would make the experiment the coldest place in the known universe.

The experiment, called the Cold Atom Laboratory (CAL), consists of a suite of lasers, vacuum chambers, and an electromagnetic device to slow gas particles to a state of virtual motionlessness. Temperature is a measure of how fast atoms move, and CAL will slow atoms to an extreme extent.

The coldest temperatures known in deep space are about 1/10th of a degree above absolute zero, making the CAL 100-million times colder than any known natural state. Developed by Jet Propulsion Lab (JPL) researchers, CAL will be delivered to the ISS aboard SpaceX's Dragon cargo capsule this August.

NASA is not doing the experiment for the sole purpose of setting a record, as they seek to learn more about Bose-Einstein condensates (BEC), a state of matter that occurs when bosons (a type of particle that includes photons and the famous Higgs boson) are cooled to near-absolute zero temperatures. Particles at these temperatures begin to behave as though they are both particles and waves simultaneously, creating an exotic state of matter.

Physicists are fascinated by BECs because they have zero viscosity, meaning they can be used as superconductors and superfluids, in endless technological applications. Quantum computers, atomic clocks, engines to achieve near-light speed travel, powerful spectrometers to detect faraway worlds and even dark energy are all technologies thought to be possible with BECs.

Studying BECs on Earth is tricky, and not just because it requires a machine that cools matter to near-absolute zero. To create a BEC, the molecules must be rendered virtually motionless, and on Earth, nothing can be still for long due to the pull of gravity. For this reason BECs can only be observed in an ordinary terrestrial lab for fractions of a second before gravity yanks the particles toward the center of the planet.

By using the free-fall microgravity environment of the ISS, NASA officials claim that CAL will be able to preserve a BEC for 5-10 seconds. In the future, they hope to be able to observe BECs for minutes at a time.

"Like a new lens in Galileo's first telescope, the ultra-sensitive cold atoms in the Cold Atom Lab have the potential to unlock many mysteries beyond the frontiers of known physics," said JPL's Kamal Oudrhiri, CAL deputy project manager.