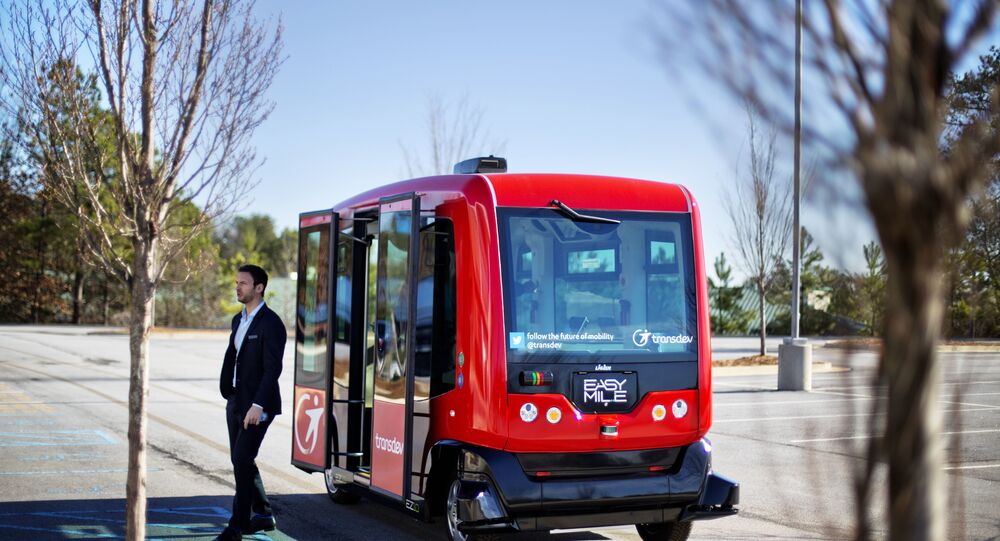 A pair of autonomous buses are being tested in California to be part of the state’s first-ever pilot program for a self-driving vehicle, without a human operator or even a steering wheel.

It will be about a year before the buses take to the roads, and for now they will be tested in empty Bay Area parking lots. The project is a collaboration between California authorities and French driverless-vehicle company Easymile. These are the first EasyMile vehicles deployed in North America.

The buses are being tested at Bishop Ranch, a business park home to some 30,000 employees. Chevron, Ford, GE, JPMorgan Chase, and 550 other companies have offices on site.

Although the vehicles are not designed to require it, they will have a driver aboard in case of emergency, in accordance with California law. But this is only for the testing phase. When the pilot program begins in 2018, the buses will ferry employees around the 585-acre Bishop Park, with no human supervision.

For most of California's pilot programs, a human operator is behind the wheel to ensure nothing goes wrong, but the end goal is of course to create a vehicle that needs no human input, other than a destination.

California has become a hub for these pilot programs, although not without controversy. Most notably, the state denied a permit to Uber and later sent a cease and desist letter after the ridesharing company tried to skirt state regulations in December 2016.

America's most populous state is not the only one to experiment with autonomous bus technology. The Minnesota Department of Transportation announced in February that it is seeking to partner with a private company to explore the possibility of driverless public transit.