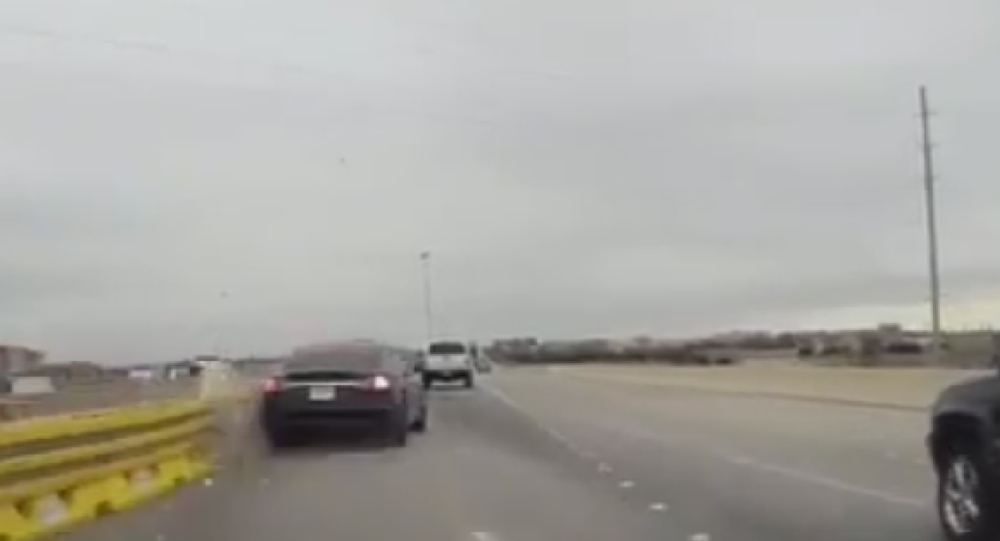 After putting too much faith in the capability of the Tesla Model S autopilot, a driver crashed into a barrier on a Texas highway, after the car’s autonomous-driver-assist system failed to react to a sudden lane merge.

Fortunately the driver emerged from the crash with only a few bruises after Tesla’s airbags successfully deployed. The car had quickly self-corrected and avoided other nearby cars, as well. With speculation blaming the autopilot system, released footage instead reveals a situation the car should not have been expected to handle alone, at least not yet.

Quick to post online about the incident, the driver uploaded images depicting the damage that resulted from the crash, along with a description hinting that the vehicle was to blame.

"I was driving in the left lane of a two lane highway. The car is AP1 (first generation Autopilot) and I’ve never had any problems until today. Autopilot was on and didn’t give me a warning. It misread the road and hit the barrier. After the airbags deployed there was a bunch of smoke and my car rolled to a grinding stop. Thankfully no one was hurt and I walked away with only bruises."

In this particular incident the Autopilot Autosteer feature did exactly what it is meant to do: keep the car in its lane as indicated by the road markings. According to critics, what failed to work was the "Forward Collision Warning" feature, as the driver stated the system failed to provide any warning.

Long understood as a "driver assist" system, Tesla’s autopilot program requires that the driver be aware of their surroundings, and, ideally, have their hands near the steering wheel in the event of an emergency.

Until Tesla driver-assist technology reaches a higher autonomy level, the operator remains fully responsible for monitoring the vehicle. Just like that driving instructor always said: keep your eyes on the road!

Elon Musk: Tesla Cars to Self-Drive Across Country in 2 Years