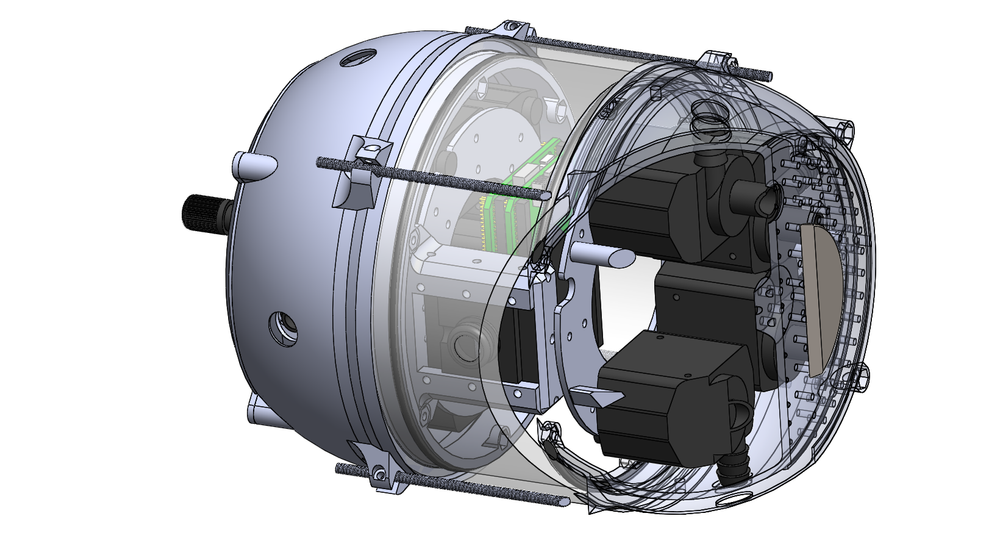 Scientists at the University of Manchester are leading a team which will comprehensively map some of the world's most radioactive sites using sensing technology mounted on a advanced robotic vehicle in a world first. One of the researchers on the project told Sputnik the move will revolutionize nuclear decommissioning and disaster cleaning.

The world is home to a large and ever-multiplying number of sites contaminated by radioactive waste, which require clean-up and analysis. Currently, available means of mapping and assessing these sites are extremely expensive and time consuming, involving removing samples for lab analysis or sending in remote sensors which only offer part of the necessary picture.

In a few years' time, this may change irrevocably. A team, led by The University of Manchester, has been awarded a grant by the UK Engineering and Physical Sciences Research Council to develop a robotic system equipped with a wider range of sensors than ever before to map nuclear sites.

Featuring optical spectroscopic techniques, advanced radiation detection methods and modern sensor technologies, each accoutrement will provide a piece of a holistic jigsaw, together with 3D mapping of materials within an environment. It was inspired by NASA's Curiosity Rover, and will utilize advanced robotics and control technologies similar to those used in the Rover. It is due to be trialled in such notoriously contaminated sites as Sellafield in the UK and Fukushima in Japan.

Principal Investigator Dr. Phil Martin from the University of Manchester's School of Chemical Engineering and Analytical Science says the project brings together a multi-disciplinary team of scientists and engineers to develop a "really innovative" system for remote characterization of a range of nuclear environments, which could lead to big improvements in decommissioning processes.

"Nuclear decommissioning is a huge problem in the UK and around the world — lots of nuclear facilities need to be decommissioned, and problem sites need to be made safe. Our device will be able to probe local environments humans can't go in, while being controlled remotely. This will mean huge savings for countries and businesses seeking to decommission nuclear sites," Dr. Martin told Sputnik.

Billions are assigned to decommissioning the world over, Dr. Martin continued, but current methods of assessing sites are restricted to wide surveys, which are time consuming, expensive and partial. The new technology will, Dr. Martin says, allow for focus on the exact areas that need attention, meaning waste can be identified, and efficiently and properly disposed of. This problem is exacerbated in problem sites, where debris is widespread.

"We've already trialed some of the features individually in Sellafield, and at Savannah River sites US with University of Florida. This is a three year project, and when it's complete, it won't just be nuclear sites this tech will tackle — we'll be able to use it to identify and remove explosives remotely, and for oil and gas exploration. There's a lot of international interest — Ukraine wants help cleaning up Chernobyl and the 'elephant's foot'. Trying to deal with it is already eating up enormous resources and funds, and they still can't deal with it effectively," Dr. Martin added.

Moreover, the government should install a simple mechanism to allow movement and employment of specialist staff from Europe.

The consortium of scientists, also comprises scientists from Lancaster and Aston Universities, the National Nuclear Laboratory and the UK Atomic Energy Authority. The project begins March 1.