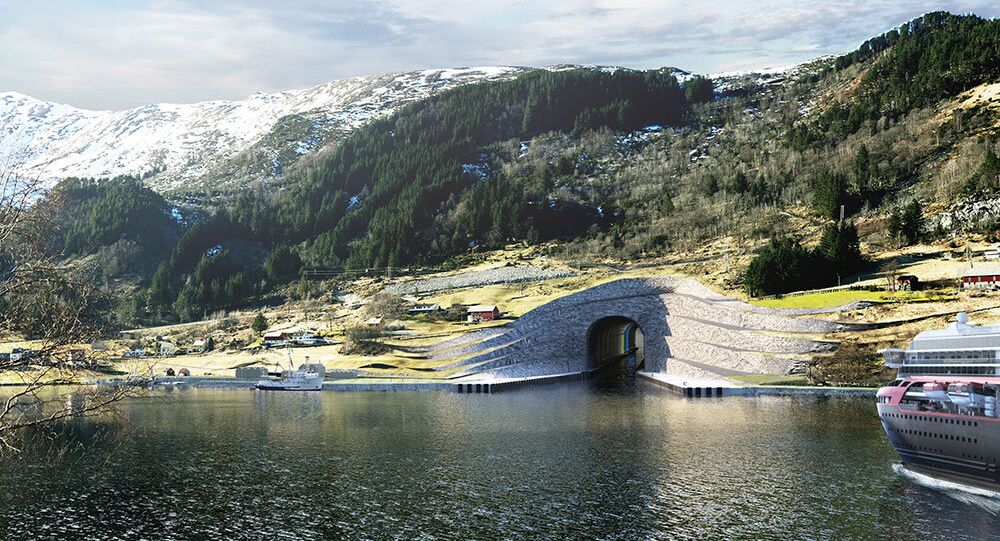 Known for its countless fjords and rocky islands, Norway is all set to build the world's first ship tunnel, which is expected to bypass an exposed coastal area, facilitate maritime traffic and become a major tourist attraction.

​"It provides a safe journey around Stad, laying the foundation for the region's industrial development and establishment as a world-class tourist destination. It will also facilitate the shifting of more transport from road to sea," Bjørn Lødemel said, as quoted by NRK.

© CC0
Norway Hopes to Revamp Global Electricity Market With Drones and AI
The 45-meter-high (148ft), 36-meter-wide (118ft) and 1.7km (one mile) long Stad Ship Tunnel is intended to become the world's first tunnel through solid rock capable of accommodating 16,000 metric ton ships, including freighters and cruise ships. The alternative of building a more traditional canal was considered and turned down, since the Stad Peninsula is a solid rock mountainous divide between the Norwegian Sea to the north and the North Sea to the south, peaking at 645 meters.

Whereas using the tunnel admittedly won't save much time, it will most certainly be worth the effort anyway. The mountainous Stad Peninsula on Norway's western coast is infamous for its heavy weather, which endangers maritime traffic. The area commonly records Norway's harshest wind, which leads to delays and shipwrecks when conditions are stormy. A recent review found 46 accidents and near-accidents and 33 deaths had occurred in the waters surrounding the Stad Peninsula since the end of World War II.

The Stad Ship Tunnel is a national project that is expected to reduce the risk of maritime accidents and facilitate the shipment of goods. Norwegian transport officials are also hopeful that the tunnel will reduce the fishing industry's losses and breathe a new life into the coastal business community. With a ship tunnel through the Stad Peninsula, a new express route between Bergen and Ålesund will be established, which will contribute to the region's housing and labor market.

​The first tunnel proposal was presented in 1874, but was put on the back burner for over a century. Another historic option considered by Norwegian engineers was a railway tunnel across the Stad Peninsula, which would have allowed the boats to be raised onto wagons and hauled across.