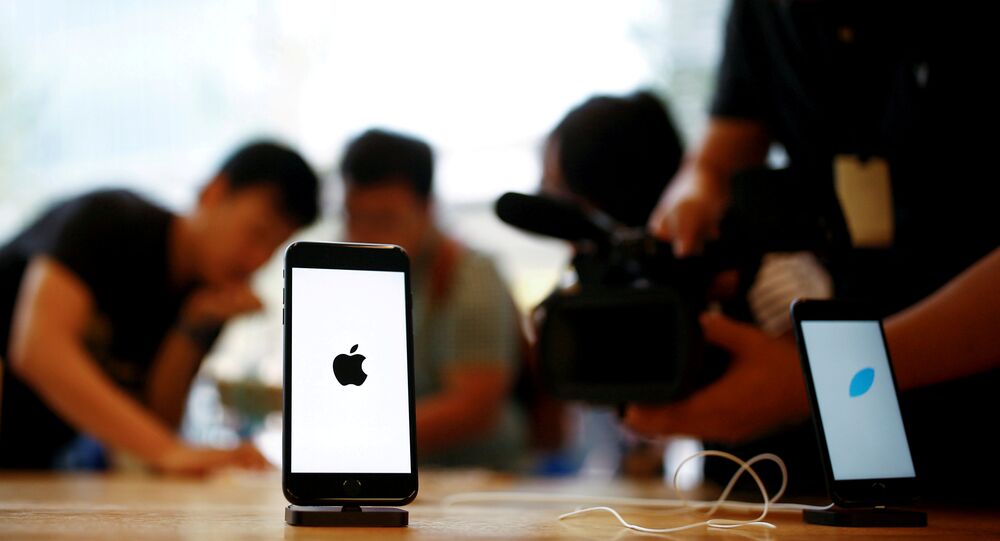 Apple has launched an investigation into a report of an iPhone 7 Plus belching smoke and melting. Video of the meltdown was posted online and quickly went viral.

So my IPhone 7 plus blew up this morning 🤗 was not even using it, literally no explanation for this pic.twitter.com/sQ8CJt4Y69

​"Dude, what the f***?! Are you f****** serious right now?" says 18-year-old Brianna Olivas, of Tucson, Arizona, in the video, which clearly displayed smoke rising from an iPhone.

The video has over a million views and nearly 30,000 retweets on Twitter. Olivas claims to have bought her phone Tuesday, but it would not turn on. She took it to an Apple store where employees tested the phone and restored its functionality.

"The next morning I was asleep with my phone charging next to my head, my boyfriend grabbed the phone and put it on the dresser," she told Mashable. "He went the the [sic] restroom… and from the corner of his eye he saw my phone steaming and [heard] a squealing noise."

Olivas gave the destroyed phone to Apple, and they are trying to discern the cause of the fire. The most common cause for incidents of iPhones fatally overheating is when they are charged with knock-off devices, instead of an authentic Apple charger. However, Olivas claims that she was using the charger that was sold with her phone.

The other likely cause would be a factory error, but the phone passed the Apple store's diagnostic tests with no issues reported.

In 2016, Samsung went through a similar ordeal with the Galaxy Note 7. Defective lithium-ion batteries caused the devices to occasionally short circuit and even ignite. Samsung recalled the phones, and eventually scrapped the model when their fixes failed. The product's failure resulted in $10 billion in losses to the tech giant, something Apple would like to avoid.

© CC0
Apple of Discord: Who Will Get iPhone Maker Production Line After All?

Apple says that they expect to know more soon. "We are in touch with the customer and looking into it," they said in a statement.

Overall, iPhones rarely catch fire. The last incident to make news was in October 2016, when an iPhone 7 caught on fire in Australia, destroying the owner's car in the process. Apple did not release an official explanation for why that phone exploded.

"All of this has been causing me really bad anxiety," Olivas told Gizmodo. "It's not severe, but my anxiety has never been this bad. My mother is involved and right now she's just worried about making me feel better."

Apple Must Open Unified Service Center in Russia by May 1