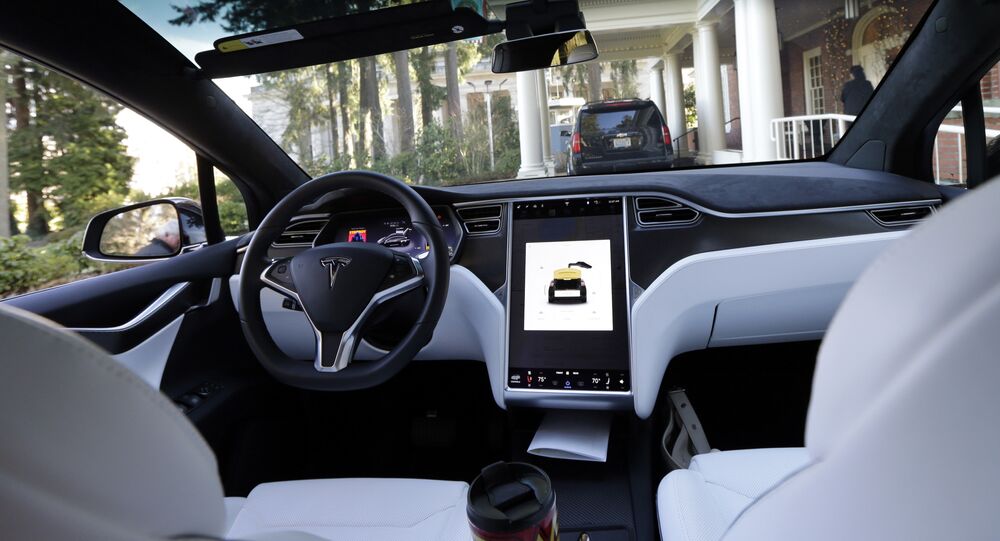 The UK government is to propose regulations that would mean both the artificial intelligence (AI) "driver" of the car and its analog owner, would be liable in the event of an accident.

Car insurance policies have remained largely unchanged since the first was inked in 1897; they protect the owner and driver if the vehicle is involved in a collision, stolen, or otherwise damaged. However, the UK government's plans, outlined in the Vehicle Technology and Aviation Bill, revolutionize the industry — perhaps unsurprisingly, as self-driving cars will by definition revolutionize transport.

If a self-driving car is involved in an accident, the victim will be able to claim compensation whether the "driver" is a human being, or a computer program.

Questions hover over whether insurers would be able to recover their costs from a vehicles' manufacturer in the event AI fouls up, but the bill states AI won't be blamed if a vehicle's owner makes unauthorized changes to the car's software, or fails to install an update required by their policy.

Relaxing in the self-driving #cars of the future, circa 2000, illustrated by Günter Radtke in 1974. pic.twitter.com/2DpE58hguA

Nonetheless, a government spokesperson said the proposals would enable consumers in the UK to be "amongst the first in the world" to experience innovative transport technology, and put the UK "at the forefront of the modern transport revolution." This revolution will, the government believes, "create new jobs and fuel economic growth around the country."

On top of governing the insurance of autonomous cars, the bill compels petrol stations and large retailers to offer electric power charging points, and obliges car charging operators to publish details of their prices, locations and opening hours.

New speakers confirmed for our autonomous vehicles event on 24 May, find out more: https://t.co/Cw7DnyYkgc #ABIChangingGear pic.twitter.com/SRlArJ1Upp

The news has been welcomed by the insurance industry, with the Association of British Insurers issuing a statement saying the move demonstrated "the government's clear commitment to moving forward."

Nonetheless, major concerns about the potential economic and societal impacts of driverless cars have been frequently expressed — after all, every revolution upheaves the existing order, and the autonomous car will be no exception. According to some estimates, self-driving vehicles could destroy four million jobs the world over. The head of the US Federal Road Agency has advised American truck drivers to pursue a different vocation, as they will be replaced with self-driving trucks "in five years."

Anxieties about self-driving cars go deeper than the prospect of job losses. A statement issued by the Future of Life Institute suggests self-driving cars could become dangerous if they develop "a destructive method" for achieving their objectives.

"This can happen whenever we fail to fully align its goals with ours, which is strikingly difficult. If you ask an intelligent car to take you to the airport as fast as possible, it might get you there chased by helicopters and covered in vomit, doing not what you wanted but literally what you asked for," the statement reads.

Still, a fundamental flaw in the self-driving car model may prevent the innovation becoming a reality anytime soon — namely, human beings themselves. Self-driving cars in truth are going to be anything but — they will require some degree of human input.

As a result, the allure of self-driving cars' sales pitch — namely, that they will get people anywhere they wish, without them having to make any effort — is potentially a mirage. A self-driving car passenger won't be able to kick back and immerse themselves in their iPads for the duration of the journey — they'll need to keep an eye on the road, to ensure they can take the wheel if an accident is in the offing.

Joshua Brown(40) has just become the first person to die at the 'hands' of Tesla's Autopilot self drive tech. pic.twitter.com/mF3OwRelhm

It was precisely the inability of Tesla driver Joshua Brown to tear himself away from a Harry Potter movie that led to his untimely demise in May 2016, the world's first semi-autonomous car fatality. Neither the car's autopilot nor Brown noticed the incoming tractor's trailer, and collided with it.

If self-driving cars can't be truly self-driving, motorists may choose to take the safe option and eschew 21st century wheels for the humble 20th's.