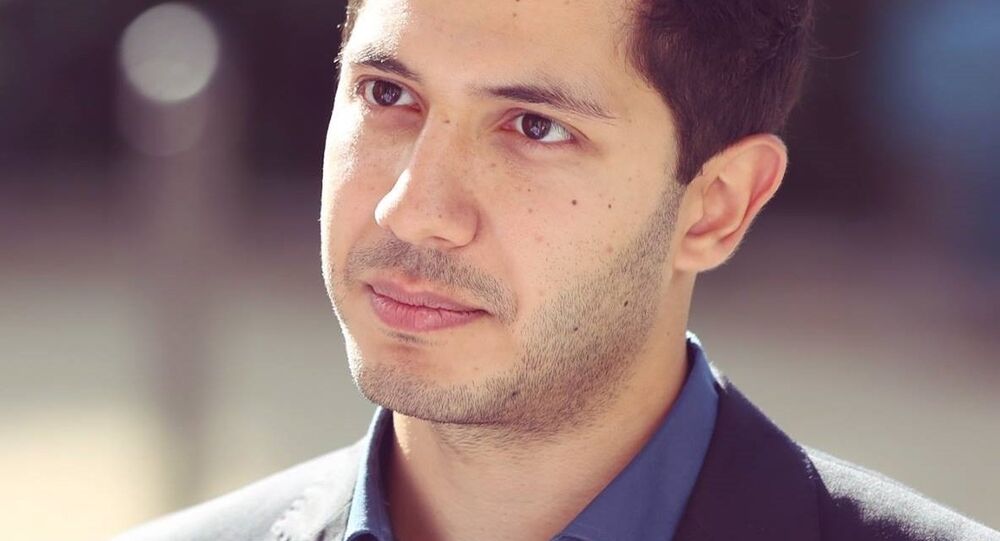 The war in Syria has been a violent and bloody one. With millions already dead or displaced, the battle rages on. But one Syrian refugee has overcome the odds and invented software to help war-torn families stay in touch.

An estimated 11 million Syrians have fled their homes since the outbreak of the civil war in March 2011. Those escaping the conflict have sought refuge in neighboring countries or within Syria itself. However millions have traveled further afield to seek help, and in the summer of 2015, Europe was hit with the biggest refugee crisis it had seen since the Second World War. Thousands of Syrians risked their lives each day as they made the perilous journey to find some safety in Europe.

One young Syrian refugee, who traveled to Europe and settled in Germany, is already positively impacting the world around him.

In December 2016, inventor Abdul Rahman AlAshraf won the European Youth Award for his software program called FreeCom, which allows the transmission of messages between users without the need for an internet connection. So, if someone is in trouble or they need help, they will be able to communicate with one another.

Really inspiring: Abdul Rahman Alashraf, a Syrian software engineer. Thanks for being with us today to talk about FreeCom #TEDxMS #restart pic.twitter.com/gwLtGJqE8w

​Abdul beat more than 300 young contestants, with the judges saying his technology stood out as unique and that it would help millions of people living in war-torn countries.

"I was raised in Syria and studied in Damascus. Then I went around the world and did various scholarships. I came to Germany in 2014, which was the year things got really bad in Syria. The country descended into chaos. My family is still in Syria, I had to leave to make a better life for myself, but I miss them all so much," Abdul told Sputnik.

As Syria became more violent, internet connectivity became a major issue. Many Syrians found themselves cut off from family and friends for days and weeks. There were frequent power cuts and internet restrictions.

"My whole family is still in Damascus and I would struggle to make contact with them. You have a six-hour-period in Syria where you can charge your phone, make calls and use the internet. Once that time period ends, there is no way of contacting friends and loved ones," Abdul said.

"Thankfully, my family is still safe, as they live in the less dangerous part of Damascus. But everything in the country is destroyed and I know it's important to remain in contact with them," Abdul added.

​Abdul looked at existing technology available to him and came to the reasoning that most smartphones would have the capabilities to handle the software he wanted to use. He discovered that text messages could be encrypted, they could then be sent as encoded sequences or a pattern of "beeps" that could be picked up by the microphones of mobile phones nearby and then sent to others in the midst of a disaster.

"The software is still in the prototype stage, but eventually it will allow people to communicate if they are safe after a bomb has hit a particular area. For me knowing that this software is coming out has certainly helped to ease my anxiety when it comes to the welfare of my family," Abdul told Sputnik.

"Having relatives that are still living there, it will always remind you of the suffering and struggle they face every day. And with certain parts of this suffering, maybe I can help," Abdul said.

Abdul's journey from Syria has been a traumatic one, he describes how his family is too old now to make the journey to the UK, and as a result it is best for them to remain where they are. However, he longs to know that they are doing well and hopes that this technology will allow him to track their safety.