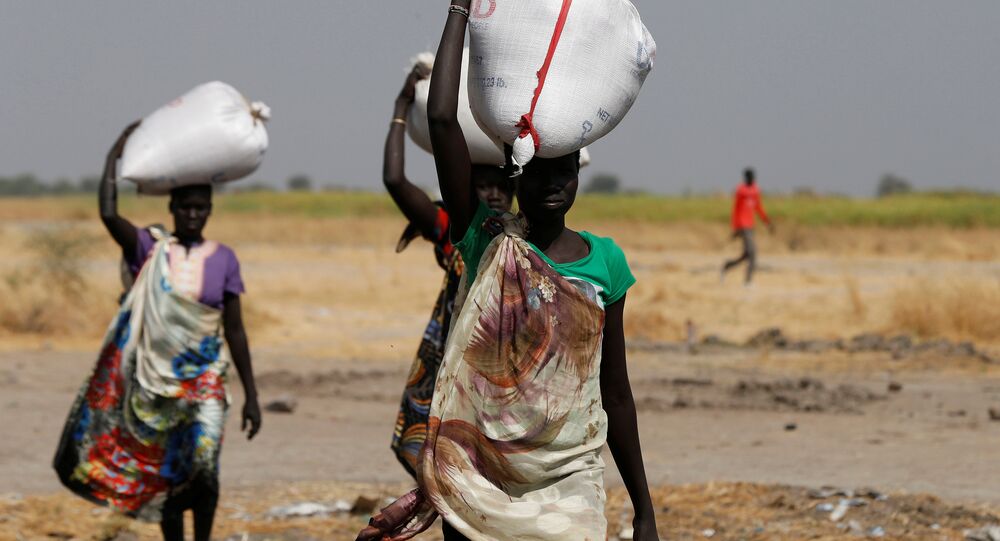 "Edible" drones filled with food, water and medicine could be used to deliver vital resources that could save thousand of lives. Despite the negative reputation that drones currently have, one company have found a "unique and revolutionary" use for them.

The developer of the edible Unmanned Air Vehicles (UAVs) is a company called Windhorse Aerospace, who states that the technology will soon become "indispensable."

"This UAV could soon be delivering life-saving supplies to remote areas hit by natural disasters or conflict," a spokesperson from Windhorse Aerospace said in an online statement.

In 2016 alone, there were over 125 natural disasters, people all over the globe facing famine and countries suffering ongoing conflicts, such as in Syria and Yemen.

South Sudan became the latest country to declare a state of famine, as the government and three UN agencies made the announcement on February 20, stating that the situation us the result of prolonged civil war and economic crisis that has caused devastation to the East-African nation.

© Photo : Windhorse Aerospace
Scenario of what a drone drop-off would look like in a conflict area.

According to the designers of the edible drone, the UAV can carry up to 50kg of food stocked inside its compartments. Each drone will cost approximately US$170 and will be able to deliver enough supplies to feed up to 50 people per day. The frame of the drone will be made of edible materials and the designers have called the UAV, Pouncer.

Access to people affected by disaster and conflict can be restricted due to the loss of infrastructure and other dangers. Traditional methods of deploying aid can be ineffective and food drops are often inaccurate.

Help us spread the word that #famine was officially declared today in parts of #SouthSudan. RT & share to raise awareness on #malnutrition. pic.twitter.com/VNah0y9NLE

​According to the developers of the Pouncer drone, the UAV will fly independently to its pre-planned destination and will land accurately in a selected area. The designers claim that the drone will be able to avoid infrastructure problems and any hostiles, in in the hope of saving time, money and lives.

Drones have not had the best reputation of late. In 2016, reports of drones almost colliding with buildings and planes caused the UK Civil Aviation Authority (CAA) to issue laws and guidelines on how high a drone could be flown.

According to reports by the UK Airprox Board, a company working on enhancing air safety, Britain witnessed more near misses between drones and aircrafts in the first six months of 2016, than the whole of 2015. The figures show there were 34 reported near misses between January and June in 2016, compared with 29 for all of 2015.

Drones have also been controversial when used in conflict, on many occasions killing innocent civilians.

How 'edible aid drones' could help to deliver food in places like #Aleppo and #Mosul https://t.co/nbekhxcfCz via @MagdalenaMis1

​The Bureau of Investigative Journalism looked at the drone war project initiated by former US President Barack Obama's administration as part of the War on Terror, and revealed a significantly higher number of civilian deaths than those presented by the White House. The Bureau found that the US drone war had killed between 380 and 801 civilians in counterterrorism strikes in Pakistan, Somalia, Yemen and Libya between January 2009 to the end of 2015, compared to White House figures of 64 to 116 "non-combatants" being killed in 473 counterterrorism strikes over the same period.

However, looking beyond using drones for war or profit, one company appears to have found a more positive use for UAVs.

Eagles on the Watch: French Air Force Trains Birds to Take Down Drones