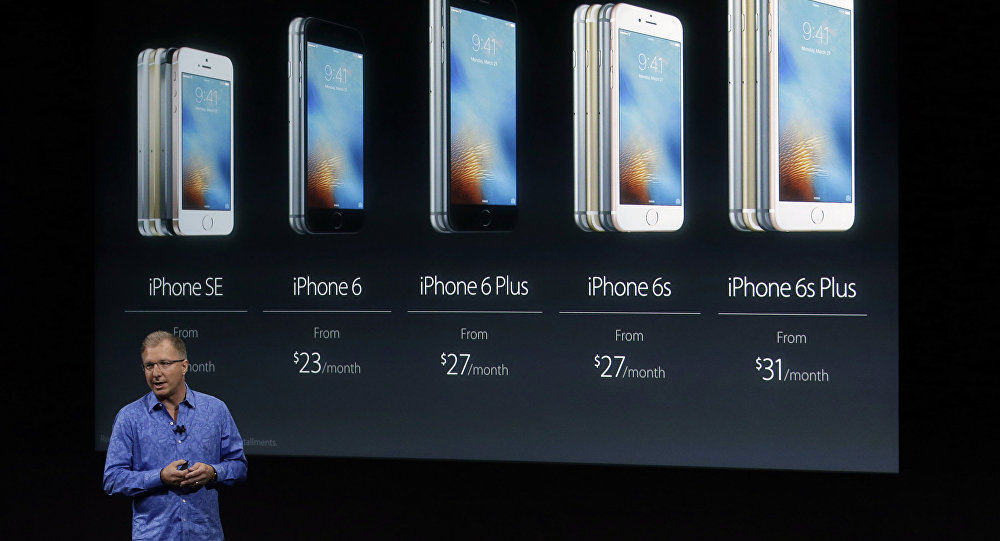 Apple will contract the manufacturing of its lower-cost iPhone SE model in Bengaluru, an area that hosts a booming tech sector. One of Apple’s Taiwanese partners, Wistron Corp., is establishing plans for a plant in the area to focus exclusively on churning out new iPhone SEs. It is unclear whether the production facility will produce other versions of the iPhone.

© AFP 2019 / JOHANNES EISELE
"Made in USA": Is It Possible for Apple to Stop Manufacturing iPhone in China?

The company hopes that its investment in India will earn the company tax breaks, a topic Apple has been discussing with the Indian federal government. The California-based company maintains that the new plan is not contingent on winning tax concessions.

India eclipsed the US in 2016 to become the second-largest smartphone market in the world, behind China, according to Counterpoint Research.

"Apple currently prices the iPhone higher in India than any other country in the world," TechCrunch reported. But moving iPhone production to India will not necessarily mean lower costs for consumers, according to Neil Shah of Counterpoint Research. The iPhone maker is "not known to abruptly drop prices," Shah said.

Instead, Apple might look to build out its retail and marketing operations in India, a country where Apple currently has no retail outlets, the analyst noted. Discounts could be applied for Indian consumers during "festive season," Shah said, but estimates of 12-13 percent savings for Apple products will not be fully realized by consumers, he added.

10 Years On: The Inside Story of How Apple Invented the iPhone (VIDEO)

Apple, Ireland Hit Back at EU Commission Over US$13.5 Billion Tax Ruling

Bank of England to Bankroll Apple Despite 'Aggressive' Tax Avoidance