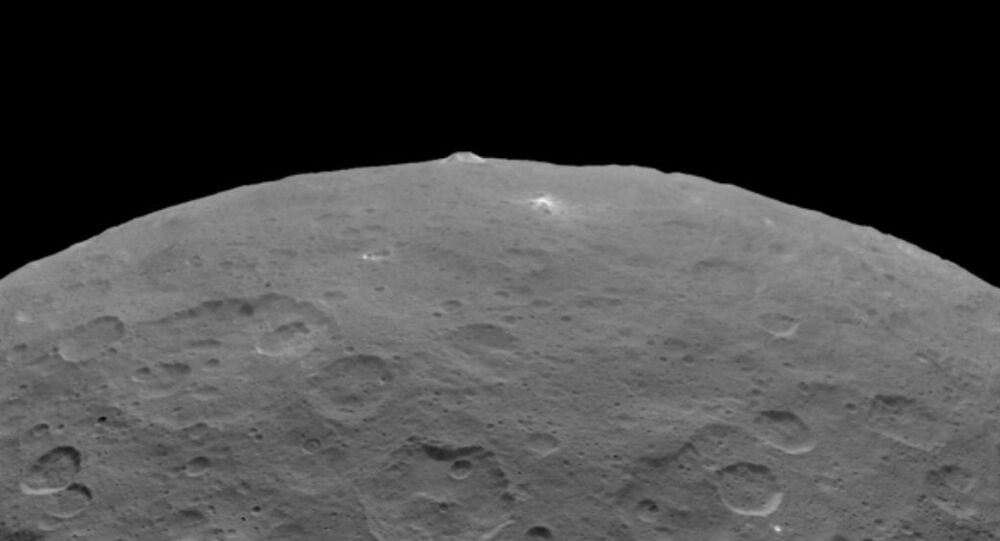 Organic molecules, the substance that serves as the basis for life, were discovered on the dwarf planet Ceres. Using infrared mapping technology, NASA’s Dawn spacecraft spotted the molecules in a 400-square-mile area, near the Ernutet crater.

The study team reports that the material likely developed on the dwarf planet, instead of arriving through other objects like asteroids or comets.

Planetary scientist Michael Küppers, from the European Space Astronomy Centre, explained to the Science journal, "Because Ceres is a dwarf planet that may still preserve internal heat from its formation period and may even contain a subsurface ocean, this opens the possibility that primitive life could have developed on Ceres itself."

Küppers, who was not a part of the study team, added, "It joins Mars and several satellites of the giant planets in the list of locations in the solar system that may harbor life."

The findings do not necessarily indicate that Ceres once hosted life, but can provide additional insight into how life on Earth developed.

A mission to study both Ceres and Vesta, the two largest bodies between Mars and Jupiter’s asteroid belt, was launched in September 2007, at a cost of $467 million. Arriving in March 2015, the Dawn spacecraft made its way to the 590-mile-wide Ceres after circling 330-mile-wide Vesta, between July 2011 to September 2012.

While at Ceres, Dawn allowed scientists to discern that water ice lay just below the surface, and found peculiar spots at the bottom of craters, as well as identifying a 2.5 mile-tall volcano.

Maria Cristina De Sanctis, of Rome’s Institute for Space Astrophysics and Space Planetology, told Space.com, "We cannot exclude that there are other locations rich in organics not sampled by the survey, or below the detection limit."

Study team members say that the constitution of the organic materials is not precisely known, but their detection signatures are similar to asphaltite and kerite.

Senior research scientist Dr. Simone Marchi, of the Southwest Research Institute, said in a statement, "This discovery of a locally high concentration of organics is intriguing, with broad implications for the astrobiology community…Ceres has evidence of ammonia-bearing hydrated minerals, water ice, carbonates, salts, and now organic materials. With this new finding Dawn has shown that Ceres contains key ingredients for life."