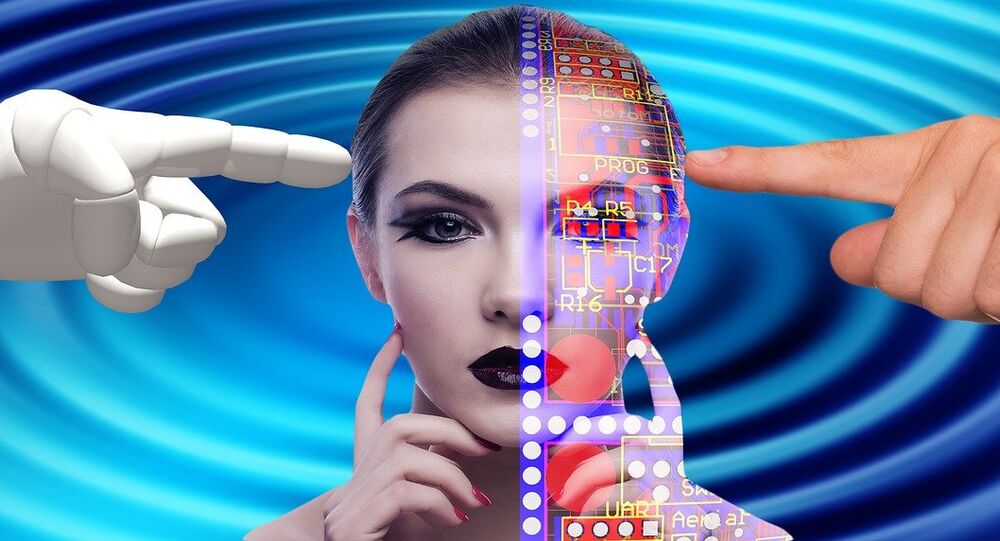 Robots Are Better at Creative Work Than We Thought (PHOTOS, VIDEOS)

Soulless machines have always been predicted to take over all the monotonous work from human beings one day, leaving all highly skilled and creative activities for people. However, on the contrary, robots tend to be highly successful at creative work, while many monotonous activities are very difficult to automate.

There are plenty of areas that appeared to be surprisingly easy to automate, VentureBeat wrote in the material prepared by experts in different fields. One of them is the visual arts. Since the early 2000s, The Painting Fool program, developed by Simon Colton from the University of London, creates artwork, some of which is even exhibited in renowned galleries next to the human-made masterpieces.

Neural networks, such as DeepStyle or Prisma, successfully stylize photos as a picture of a particular artist. Logo generation systems like Withoomph, Tailor Brands and Logojoy are partially or fully automated: they design logos based on keywords.

Clever machines are not only capable of being good artists, but musicians, too. For example, the Melomics program composes and plays music to match your activities and lifestyle.

Strictly speaking, human creativity is no longer a must for creating something beautiful. But that is not the end of the story.

© Photo : Pixabay
Robots Will Take Over 250k UK Public Sectors Jobs by 2030, Report
As for the scientific field, in addition to various programs that made work with large data easier for scientists and actually took over the monotonous work, there are applications and algorithms that can make their own discoveries. One of those is a program called Nutonian, Cornell's Artificial Intelligence Lab spinout that creates models on data without being given any prior assumptions.

Creative programs appear in the legal sector, too. There are programs, such as eBrevia, that are able to conduct expert examinations of various documents, contracts and agreements. However, the law can't be completely automated, therefore such products are only engaged in the research and information synthesis for time being.

Guards are also replaced by robots. Video cameras surpassed the abilities of human eyes and ears long ago. Ground-based security robots have been produced by Knightscope and Gamma 2 Robotics companies. Over time, the robots will be able to replace a significant portion of police and security forces personnel, and human intervention will be required only in violent incidents.

Meanwhile, some tasks turned out to be shockingly difficult to automatize. Since the early 2000s, when robot cleaner Roomba entered the market, no fundamentally new and commercially successful products have been created to increase the efficiency of routine work at home.
© Photo : Youtube / TCO Sverige
Swedes Predict Robots Will Take Over, Yet Life Stays the Same (VIDEO)
The textile industry, where the automation of labor takes its roots, appeared to be incredibly difficult to completely automate as well. Robots are good at handling solid objects, but not textile that stretches, shrinks and tears. Agile human fingers are still better at sewing buttons or pockets and adding subtle touches like lace or pleats.

Human beings also can't be completely replaced in agriculture, especially in the fields. Some crops are very easy to damage, that is why their collection can't be trusted to machines. In addition, computer systems are not always able to distinguish healthy crops from spoiled. Nevertheless, agriculture automation is actively conducted. Harvest Automation created a robot called HV-100, which can virtually automate the entire life cycle of the plant. There are also a number of start-ups working on robots for weeding and thinning.