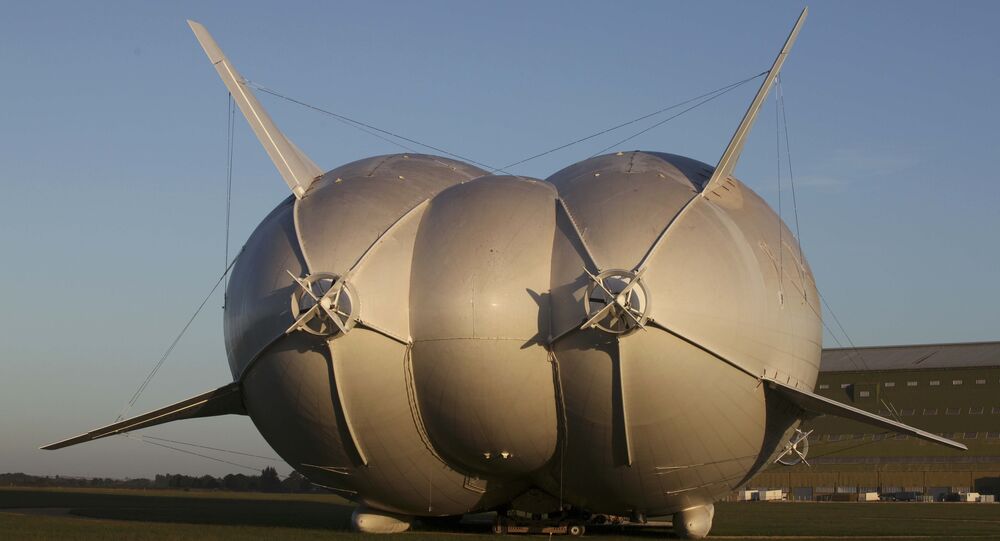 The British blimp Airlander 10, the largest aircraft in the world, has underwent repairs after its “heavy landing” back in August 2016.

The British company Hybrid Air Vehicles, the maker of the Airlander 10, has reported that their aircraft has underwent all necessary repairs and is ready to take off again.

"A rigorous testing and training programme has now commenced to prepare for Airlander taking to the skies again," the company said in a statement.

Airlander has been commissioned for repairs after an incident that HAV called a "heavy landing", when the blimp's mooring line hit a power line, which made the aircraft nose-dive and hit the ground. The crew survived the incident without injuries.

While HAV claim the investigation determined all details regarding the cause of the crash, it refrained from disclosing them to journalists. What is known is that the company blames not the aircraft itself, but a piece of ground equipment called the Towable Mooring Mast. The ground personnel apparently failed to "catch" the blimp and winch the mooring line, which forced the aircraft to make a second approach, with the mooring line dangling behind over the area where it shouldn't have, coming in contact with a power line.

While Airlander 10 is often referred to as "blimp," it is, in fact heavier than air. Its massive balloon, filled with helium, provides about 40 percent of lifting force, while the rest is achieved thanks to the rotors with variable vector of thrust. The specific shape of the balloon earned Airlander 10 a nickname "the Flying Bum".

Hybrid Air Vehicles underscores that this aircraft produces little noise, low pollution and can take off in comparatively small, unprepared sites in desert, ice, water or open field environments. Well, they only need to master the landing part now.

Crew of Airlander 10 Safe – Manufacturer, Amid Reports of Crash