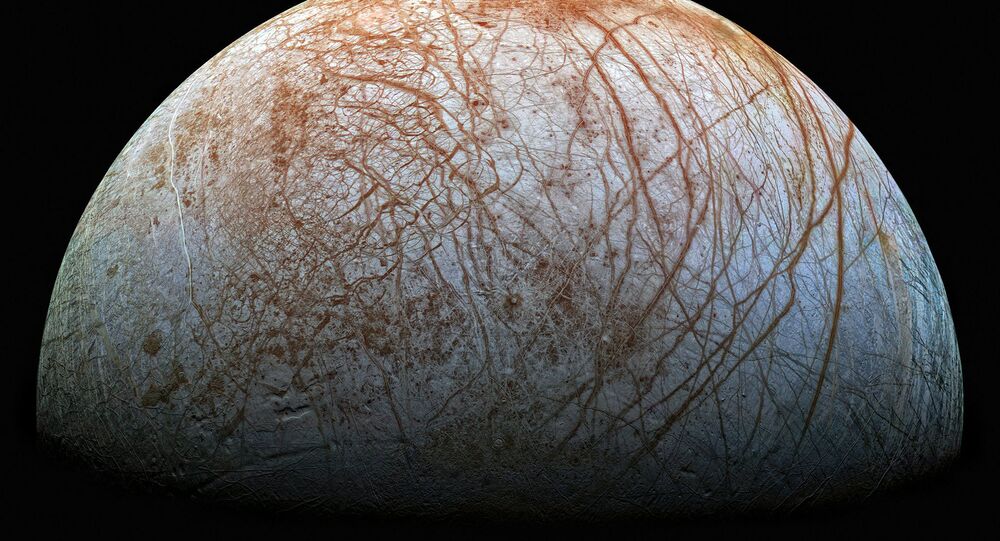 NASA has released details of plans for a mission to land a spacecraft on Europa, a moon of Jupiter. The mission, planned for 2024, would analyze Europa for signs of life, potential human colonization, and to better characterize the surface and subsurface of the watery moon.

A new 264-page report from NASA, the Europa Lander Mission, details the scientific objectives of the mission, as well as designs for a lander. The mission has not been confirmed, but Congress' 2016 bill stipulating NASA's budget also pushes for work to begin on a Europa lander.

"Jupiter's moon Europa is a prime target in our exploration of potentially habitable worlds beyond Earth… Europa may hold the clues to one of NASA's long standing goals – to determine whether or not we are alone in the universe. The highest-level science goal of the mission presented here is to search for evidence of life on Europa," the NASA report reads.

"The Europa Lander mission would be a pathfinder for characterizing the biological potential of Europa's ocean through direct study of any chemical, geological, and possibly biological, signatures as expressed on, and just below, the surface of Europa."

Existing data suggests that Europa's surface is a smooth ice-rock crust covering a water ocean. That makes it one of the most likely places in our solar system for life to develop. As humanity has not yet landed a rover on Europa, it is now known what lies beneath the surface. Simple or even complex life may thrive in the underground sea.

The abundance of water also makes it an attractive candidate for possible human colonization. Europa may also contain hydrogen peroxide (which can be converted into oxygen) and clay minerals that can be used in agriculture and manufacturing.

A landing on Europa comes with many challenges, not the least of which are powerful magnetic fields emitted by parent-planet Jupiter. The lander's electronic equipment will need to be heavily shielded to protect it from magnetic interference.

Prior to a landing, both NASA and the ESA have flyby missions of Europa (although the ESA mission is more focused on Europa's sister moon Ganymede) planned for 2022.

Searching for ET: Scientists 'Blown Away' by New Analysis of Europa