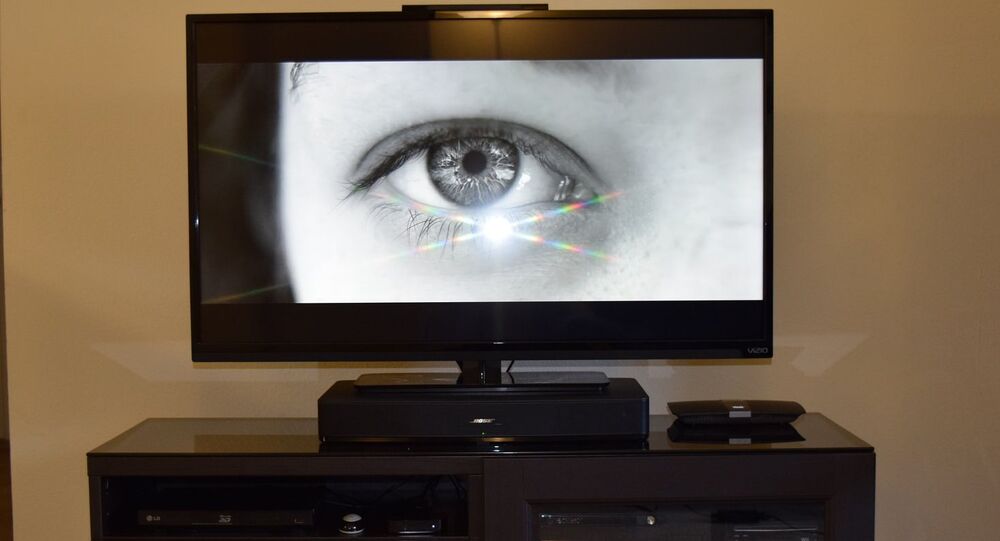 After it was revealed that Vizio smart televisions were spying on owners without their consent, the manufacturer is now settling for $2.2 million and deleting all data to avoid privacy-invasion charges.

© AP Photo / Virginia Mayo
Employee Sues Google Over ‘Spying’
The company is accused of tracking the viewing habits of 11 million television owners 24-7, without providing any notice of their actions.

On Monday, the Federal Trade Commission filed a complaint that Vizio televisions contained automated content-recognition software to capture second-by-second information about what was being played on the screens. The software reportedly also collected and transmitted other personal information to Vizio-controlled servers, including where the appliances went, when sold to third parties, Ars Technica reports.

The Internet-connected televisions began collecting user information in February 2014, and did so on both new and older devices that did not originally come with the spying software.

"For all of these uses, Defendants provide highly specific, second-by-second information about television viewing," the complaint states. "Each line of a report provides viewing information about a single television. In a securities filing, Vizio states that its data analytics program, for example, 'provides highly specific viewing behavior data on a massive scale with great accuracy, which can be used to generate intelligent insights for advertisers and media content providers.'"

In a statement to Ars Technica, Vizio asserted that viewing data and personal data were never linked, but were used to measure audience behavior.

"The ACR program never paired viewing data with personally identifiable information such as name or contact information, and the Commission did not allege or contend otherwise. Instead, as the Complaint notes, the practices challenged by the government related only to the use of viewing data in the ‘aggregate’ to create summary reports measuring viewing audiences or behaviors,” Vizio’s statement read.

According to the settlement agreement, Vizio will pay $1.5 million to the FTC and the other $700,000 to the New Jersey Division of Consumer Affairs. They are also required to delete all data obtained prior to March 1, 2016. All future data collection will require users to provide express consent.