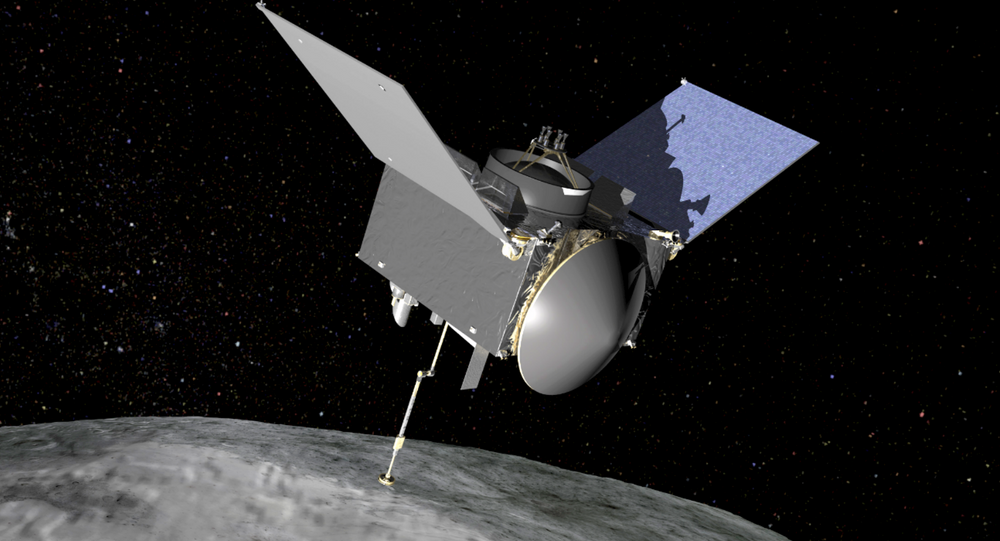 A NASA spacecraft launched to take samples from an asteroid will be embarking on a side mission, tracking ‘ghost’ asteroids who share Earth’s orbit around the sun.

These asteroids, formally called trojan asteroids, are locked into place around a planet's orbit. There are spots in the orbits of planets known as Lagrange points, where the gravitational pull of the planet and its star cancel one another out, making it possible for an object to be "locked" within the Lagrange point.

Jupiter is famous for its trojans, of which it has over 6,000. Astronomers have only discovered one around Earth: 2010 TK7, a 900-foot rock discovered by NASA's WISE space telescope in 2010.

But NASA suspects that TK7 is not the only Earth trojan, and they have commissioned the $800 million Origins, Spectral Interpretation, Resource Identification, Security, Regolith Explorer (OSIRIS-REx) to investigate further.

From February 9 to 20, OSIRIS-REx will use its camera, scanners, and spectrometers to search a Lagrange point for any Earth trojans.

OSIRIS-REx was launched in September 2016 to visit 101955 Bennu, a near-Earth carbon-based asteroid. Bennu, named for a bird in Egyptian mythology, was chosen due to its closeness to Earth, extreme age (it is believed to originate from the early solar system), carbon surface, and potentially hazardous orbit (it has a 1 in 2,700 chance of impacting Earth around 2185).

Bennu and OSIRIS-REx will meet in 2018, when the NASA spacecraft will orbit the 1500-foot primordial asteroid for two years, collecting samples, before returning to Earth in 2023.

The mission team suspect that Bennu, and other carbon-rich asteroids like it, could have helped life form on Earth. "Did these kinds of bodies deliver organic material and water, in the form of hydrated minerals like clays, to the surface of our planet that created the habitability and the environments that may have led to the origin of life?" pondered Dante Lauretta, lead scientist on the OSIRIS-REx mission, to Seeker.

"We're going to asteroid Bennu because it's a time capsule from the earliest stages of solar system formation, back when our planetary system was spread across as dust grains in a swirling cloud around our growing protostar," Lauretta said.

© Photo : NASA/JPL-Caltech
Get Psyched: NASA Announces Mission to Asteroid Worth Quadrillions of Dollars

Lauretta also offered that Bennu could help scientists understand the Yarkovsky effect, in which absorbed sunlight appears to be able to alter an object's trajectory.

NASA has diverted OSIRIS-REx both out of interest in potentially discovering new trojans and to test the capabilities of the spacecraft's sensors. It is thought that Bennu may have tiny moons orbiting it that could interfere with OSIRIS-REx.

"[Bennu is] a substantial object and we'd obviously want to know that it's there and plan our operations accordingly," said Lauretta to a NASA advisory group in January. He called the trojan hunt a "great opportunity to exercise the operations system."